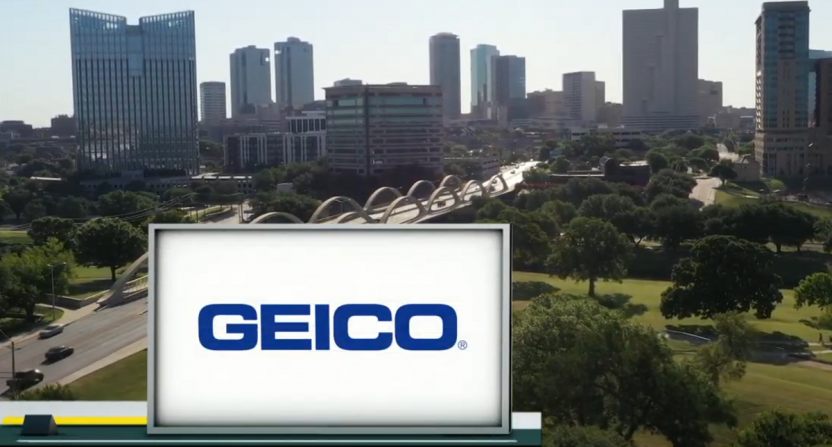 Sports have mostly been gone for months, and while a lot of focus on their return has centered on injury risk for rusty athletes, we can’t overlook that broadcasters have been missing reps as well.

Jim Nantz, for example, is back in the spotlight this week with the return of the PGA Tour. He’s dealing with a difficult set of circumstances, too; alone in a tower, with minimal crew on site and most of his fellow analysts working remotely. Nantz is arguably the most unflappable sports broadcaster working today; if anyone can handle that kind of situation, it’s him. He was tested early, too, chuckling and apologizing after microphones caught Brooks Koepka telling Jon Rahm exactly how good his chip-in was.

Jim Nantz was back on the air for all of two minutes before he had to apologize for an f-bomb, I missed sports so much pic.twitter.com/Rk7aRuAvaX

Today, though, featured Nantz doing something he almost never does: botching a sponsor as he took the telecast to commercial.

That’s a rough one! It wasn’t just getting things out of order; which in itself would represent a pretty big slip for Nantz. But pulling in the wrong insurance company is a tough scene. Especially considering the circumstances, with sports properties likely scrambling to please various sponsors they haven’t been able to run ads for the last three months.

The very next break featured the same ad read, presumably due to the prior mix-up, and as you’d expect Jim handled the mulligan perfectly:

Obviously Nantz shouldn’t lose any sleep over this one; it’s only really notable because he’s the probably last person you’d expect this to happen to. If anything it’s a nice reminder that the people calling the action need practice too. Maybe Jim should have called some dog competition like the BBC’s Andrew Cotter.

Some sports are slower. More about the strategy. pic.twitter.com/JMBaGJ1tSd