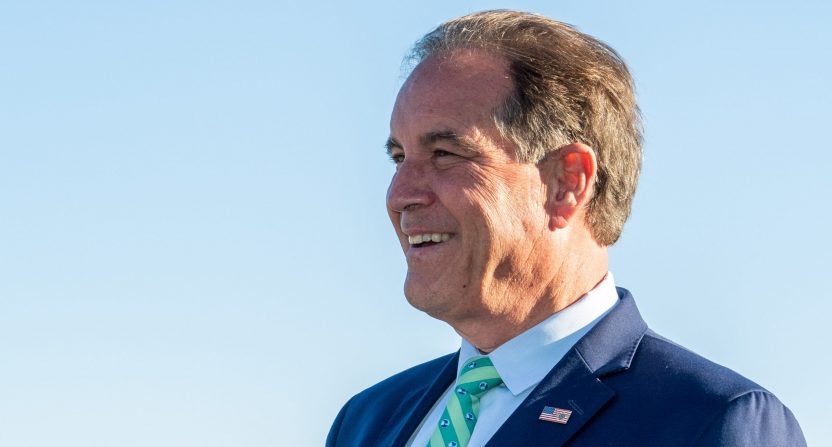 The PGA Tour rightfully took a lot of criticism when they went ahead with the first round of the Players Championship, crowds and all, despite the NBA having suspended their season the night before.

It’s a bit ironic, then, that the PGA Tour will be back to business before the NBA, but it makes sense; golf is an outdoor game, and can be played with social distancing measures in place. We saw that a few weeks ago when The Match brought in huge ratings for Turner, and now the full Tour returns this week at Fort Worth’s Colonial for the Charles Schwab Challenge.

CBS has the weekend coverage, and the pandemic means a few changes for their personnel.

Will be a new look for CBS this week: Jim Nantz alone in the 18th tower at Colonial; Nick Faldo, Ian Baker-Finch and Frank Nobilo commentating from Orlando; Dottie Pepper and Mark Immelman reporting on the course.

Sean McManus of CBS Sports on a conference call says this week at Colonial, to accommodate social distancing Jim Nantz will be by himself in the 18th tower with a robotic camera.

There’s usually 5-6 people with him during normal weeks.

Nick Faldo will be at studio in Orlando.

On conference call Sean McManus of CBS Sports says that they will have about half of their usually amount of TV crew/talent on site at Colonial versus normal weeks.

Their main TV truck (A unit) normally has 22 people in it, will have 9 this week to properly sociallly distance.

(Things that wouldn’t have made sense three months ago: the thought of being thrilled to have Jim Nantz saying “Hello, friends!” alone into a robotic camera.)

There won’t be roaring crowds, but golf is one of the sports least likely to be affected by that; there’s certainly no need to worry about piping in artificial crowd noise. And while CBS is going to have to make some things work on the fly, there is one change that should be very good news:

On media call, CBS said it's working with the Tour "much more aggressively" about mic'ing up players and already have some commitments for Colonial.

As we saw during The Match, if handled well, this is an innovation that could really help golf be a much better television product. It’s not a new idea; back in 2018, the PGA Tour started experimenting with it on their developmental tour, while PGA Tour players were asked for mid-round interviews. That didn’t go over well then, but given how successful The Match was and how obviously important the broadcast product is with no fans there in person, there might be some momentum here.

In addition to the mics, there will be cameras set up for players to talk to mid-round:

Sean McManus announces that CBS will have a confession cam (so to speak) where players will duck into a tent and answer a question on a screen during their rounds at the first few golf events.

Having Dustin Johnson offer what could amount to a reality show confessional interview along the twelfth fairway actually does sound pretty entertaining, whether it goes well or (especially) if it goes poorly. It’s weird that it took these conditions to bring about some of these experiments, but here we are. Hopefully they’re managed well and we can add them to the weekly experience going forward.