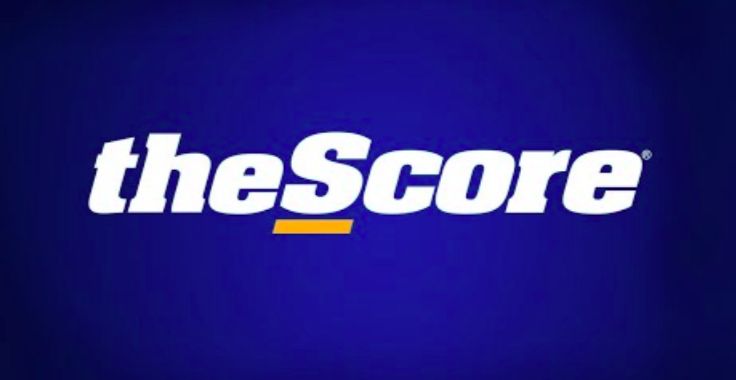 When sports gambling effectively became legal outside of Nevada following the Supreme Court decision striking down a federal ban, it really just became a matter of “when” in how sports media companies would figure out how to make money off of it. Many of the predictions we made about how media companies could capitalize on the trend are already coming true. CBS said in August it was already starting to see ad revenue in states where sports gambling had been legalized (a revenue source expected to bloom in the years to come). Major networks are also slowly starting to let odds and gambling talks seep into the discussion during broadcasts. And programs such as Bleacher Report’s Simms and Lefkoe: The Show brought a gambling focus with it as media companies tried to step into the sports gambling space head-on.

The expansion into that space continued Monday with Sports media company theScore Inc.’s announcement that they would launch a New Jersey sports betting app at some point in 2019.

TheScore is a mobile-first media company that offers sports scores and news via an app and website, much in the same way you might find on ESPN or CBSSports.com. Where they plan to differentiate themselves now is by harnessing sports fans’ insatiable interesting gambling information and coupling with their usual offerings of scores and reports.

The way that TheScore is getting into sports betting takes form in two different partnerships. First, they’ve partnered with Monmouth Park Racetrack in Oceanport, New Jersey, one of three racetracks currently licensed for sports betting in the state. Second, they’re working with startup Bet.Works in order to provide a sports betting platform through their site and app. This trio will work together to create an app which will allow users to place bets online.

The sports betting app will require approval from the NJ Division of Gaming Enforcement and the New Jersey Racing Commission. However, TheScore believes they’ll be able to launch it sometime around mid-2019.

“This is a transformational moment for theScore, becoming the first media company in North America to announce its plans to launch online and mobile sports betting in the United States,” said John Levy, founder and CEO of theScore. “Sports betting has long been part of our company DNA in how we’ve delivered content to fans. Providing the ability to actually bet on games is the natural next phase for theScore.”

It’s going to make for an interesting case study for the company as well as the industry as a whole. It’s unclear how this specific app will work but imagine checking the daily news and updates about today’s games and then being able to place a bet right there before going back to checking box scores and the latest stories.

TheScore will also have a decent pool of testers to choose from. They currently have over four million active users on their app, not to mention an even larger database of past users to tap into. Per Legal Sports Report, the company also reached 50 million sports fans on their various platforms in Q3 and send out 1.5 billion sports-centric alerts every month. They also have 3.4 million Facebook followers, so they’re going to be able to reach a lot of sports fans with their proposition.

If this gambit pays off, expect to see them try it out on the other states where online betting is or soon will be legal (Nevada, Pennsylvania, and West Virginia). You can also bet that other sports media companies are going to take notice and try it out as well. Odds are good they’ll do well too since New Jersey sports betting operators generated $21.2 million in revenue on $330 million in wagers in November alone.