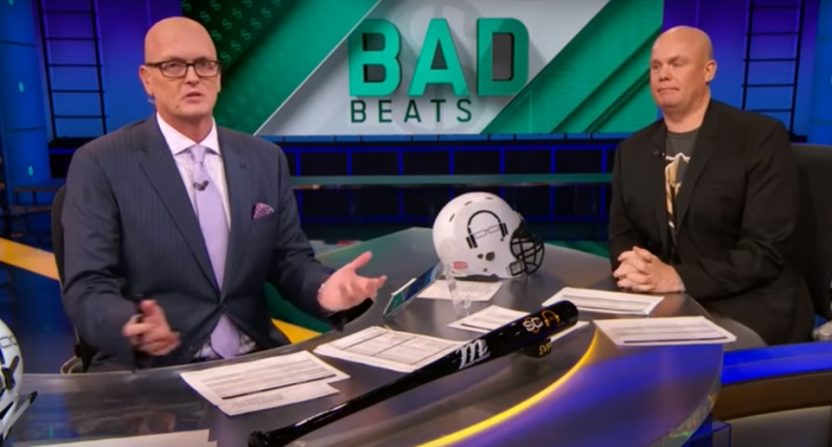 There’s been a longstanding complicated relationship between sports betting and sports broadcasting, seen in everything from Jimmy the Greek on The NFL Today through countless veiled references to the line (it’s appropriate that one star of those, Brent Musburger, is now talking about gambling daily) through segments like Scott Van Pelt’s “Bad Beats.” Gambling is a huge reason why many watch sports. But given that betting on sports has only been officially legal in very limited areas and ways to date, broadcasters have often touched on it in a somewhat-muted fashion. Now, it looks like that’s about to change.

Monday saw the U.S. Supreme Court strike down the federal law prohibiting state-authorized sports betting outside Nevada despite sports leagues’ opposition. That allows for either for new congressional regulation of betting on a federal level or for states to regulate it themselves. Throw in the leagues’ quick shift to arguing for federal regulation rather than prohibition, and it seems likely that sports gambling will become bigger and more accepted soon. There’s probably still going to be a delay as whatever regulations come into play are figured out, but the landscape does seem to be shifting. So, what could that mean for sports broadcasting? Here are a few possibilities.

Of course, there are a lot of caveats here, and it’s too early to know how much of this will play out. If only a few states legalize gambling and if they do so in ways that aren’t particularly consumer-friendly, we may not see much of an uptick in sports gamblers, and that could limit the desire for new gambling-focused shows and gambling references on other shows.

There’s also still quite a bit of pushback to sports gambling, particularly from the leagues, and if those leagues exert influence on their rightsholders, that could limit the changes arising from this decision. And there are still fans who complain about gambling references, and if those voices are loud enough, that could be an incentive to not expand them too dramatically. We’ll see how it all shakes out, but this decision does seem likely to pave the way to a wider embrace of sports gambling, and it does seem probable that networks will at least try to capitalize off that.