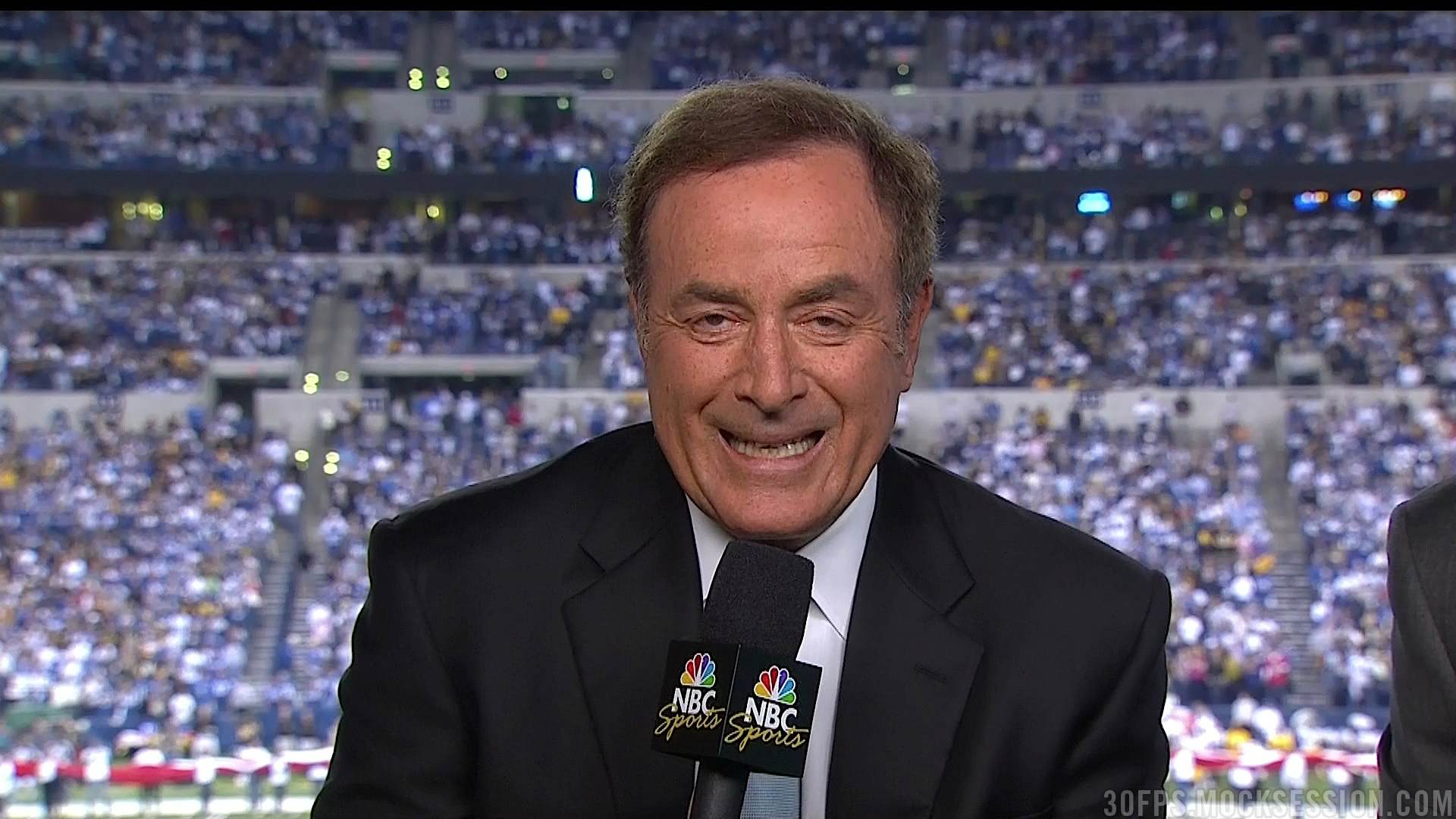 Al Michaels is one of the most successful, respected broadcasters who has ever stepped behind the microphone.  Multiple Super Bowls.  The Miracle on Ice.  Sunday Night Football.  The Olympics.  BASEketball.  He’s done it all.

But if there’s one thing that Michaels is cherished for at the moment, especially in the social media age, it’s the cheekiness of his veiled gambling references.  The highlight of any Sunday Night Football broadcast is the way Michaels expertly and effortlessly slides in a nod to the spread without setting off Roger Goodell’s personal alarm bells.  With any mention of the point-spread persona non grata on NFL telecasts, the veteran announcer well-known for his appreciation of a friendly wager has to be crafty in order to name the elephant in the room.  Perhaps the best example of this came during this year’s Pro Bowl, when Michaels was genuflecting about the point spread for the bizarre game-ending attempt at a return touchdown.

Michaels has a memoir coming out this month and sat down for a Q&A with SI’s Richard Deitsch.  Of the myriad of topics covered, Michaels’ openness in talking about his sneaky gambling references is illuminating.  Particularly, the fact that he refers to that side of himself as “The Rascal”…

You have always loved to sneak in gambling references on NFL broadcasts.

Yes, you refer to your Rascal tendencies in the book. Have you ever heard from your bosses or the NFL about dropping the occasional gambling reference?

No. The only time was when [then-ABC Sports president] Dennis Swanson asked me not to before the San Francisco-San Diego Super Bowl in Miami after the 1994 season. The league was sensitive that the spread opened at 19 and I think it went to 18 or 18 ½. So Swanson said to me — and not really seriously — that the league is really sensitive to the big spread so if you can just avoid it. And I did … until the end of the game.

The game was 49-26 San Francisco so you have a 23-point differential and there is one play left in the game. San Diego had the ball at the 35-yard line and Stan Humphries is going to launch a pass into the end zone. That’s when The Rascal could not help himself. I said “Humphries launches one into the end zone and all over America hearts are beating furiously. Incomplete.”

Are broadcast outlets and the NFL being too puritan about this? Why not acknowledge the spread?

I think some of us do. Look Brent Musburger is great. He just out and out tells you what the spread is. I like to play around with it. I don’t think it is necessary. To say on the air the Steelers are a six-point favorite once in a while it is germane to what I am trying to point out, so I will say the Steelers are favored by about a touchdown. I find it more of a fun thing because there has always been this perception it is verboten and we are not allowed to talk about it.

Look, ESPN is picking games against the spread and a lot of sports-talk shows do it. It is out there and the league knows it’s out there, but they certainly have to take a stand because you don’t want some gigantic scandal. The league knows it is a multi-billion deal and creates extra interest in the game as does fantasy football.

I know this is going to shock you, but sometimes the NFL takes things a little too seriously.  Then again, there are some things they should take seriously, but ignore until it’s too late and Roger Goodell is stumbling through a press conference without answering any tough questions.

One wouldn’t think a broadcaster mentioning a point spread would be that big of a deal in the grand scheme of things.  People are going to bet money regardless.  But what’s amazing is that this kind of cat and mouse game with the NFL and its television partners spans back multiple decades to the days of Jimmy the Greek predicting the scores of games for CBS.

Nowadays, it’s almost a game within a game for the likes of Michaels to have some fun with the No Fun League.  The subtle winks from the likes of Al and Brent Musburger with regards to the point spreads have been, and likely always will be, one of the truly unique idiosyncrasies in sports.