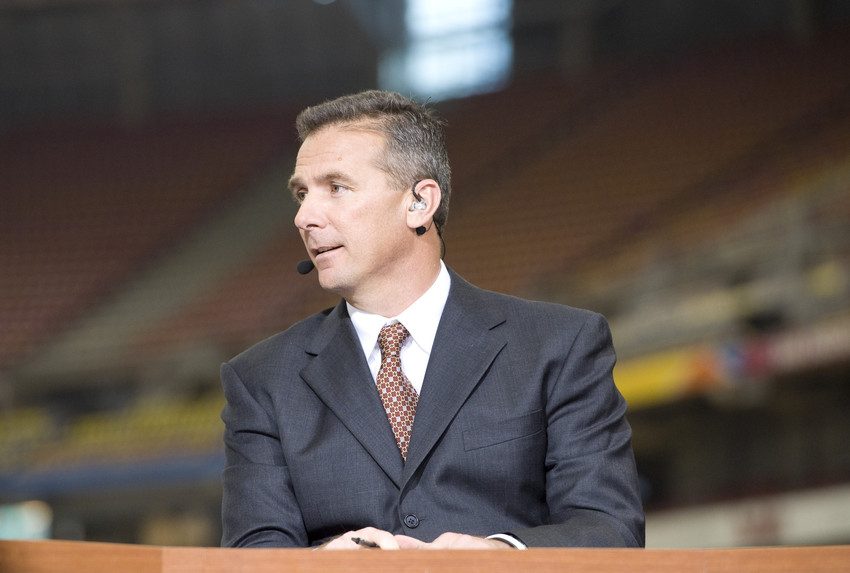 Urban Meyer’s brief stint with the Jacksonville Jaguars was a disaster. But his prior stint at Fox Sports was roundly seen as a success. So it only seems natural that the former football coach would want to try to recapture that past glory as part of his redemption efforts.

While some think that Meyer is too radioactive to re-hire, there are plenty of logical reasons that Fox would be more than happy to have him back on the payroll. And when we polled our readers on Twitter about where Urban might land next, many of you seemed to agree as well.

Fox has hired plenty of people with glaring reputation issues before, such as Pete Rose, Matt Millen, and Alex Rodriguez. And as we said in December…

“You could point to a lot of issues with Urban Meyer right now but, give it 6-12 months, and as the emotions fade and the Jaguars move on, there will be plenty of room for media companies to consider rehabilitating him through their sports programming. They’ll be more than happy to take the heat for hiring him because they know you’re going to tune in to see if he talks about his time with the Jaguars or about what happened behind the scenes. And even beyond that, the name of Urban Meyer still carries the kind of awareness that will make him a viable TV presence.”

Meyer has re-emerged recently within the cozy confines of the Columbus, Ohio community where he remains revered. He’s reintegrated himself with the Ohio State Buckeyes football team, at least tangentially. It’s a space where, in spite of how things went down in Jacksonville, and even towards the end of his time with OSU, he retains a strong connection with local media.

So it certainly seemed worth noting when, during this week’s episode of the Letterman Live podcast, Lettermen Row reporter Austin Ward, shared that he thought Meyer would be back in Fox’s studio soon.

“I do think Urban [Meyer] will be back in college football, at least as an analyst sometime soon,” said Ward. “I think he’ll be returning to Fox.

“I can’t say that it’s done. I think it’s gonna happen again and I don’t think he ever should have left in the first place. He was good and I think they miss that. There was a drop-odd pretty significantly to Bob Stoops.”

Ward makes it clear he’s not reporting anything but he also seemed to go out of his way to mention this idea. It’s not like he’s responding to someone’s question or comment, he’s bringing this up himself. He may or may not have gone into more details if he hadn’t have been cut off in the conversation.

Regardless, Ward’s deep connections to the Ohio State football community, which include previous interviews with Meyer himself, seem to make this a noteworthy piece of information.

What do want to hear from Urban Meyer during Weekend Kickoff? Send a @byersauto Question for Coach in and we’ll get you an answer. https://t.co/s63tJS1lEn

For now, it remains speculation that Meyer will return to the TV studio. However, we imagine we’ll start to hear more rumblings like this in the days ahead, especially as there’s more space put between Urban and his time in Jacksonville. Because while his NFL coaching career is definitely over, he remains a strong brand in college football and a welcome face for a network heavily invested in Big Ten football.