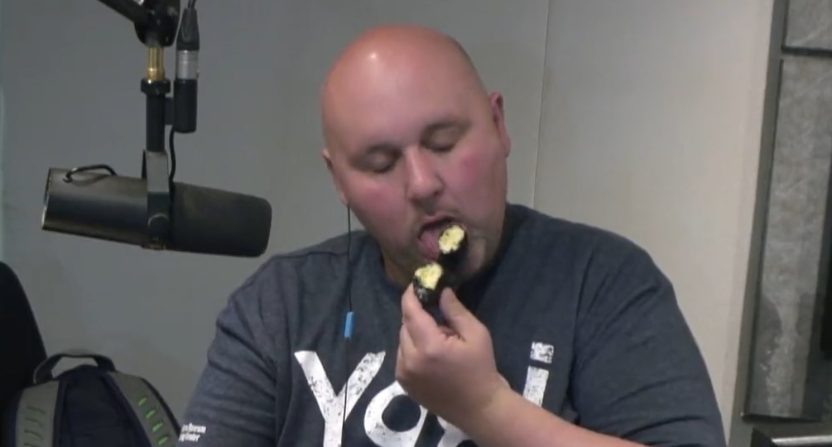 If you listen to The DA Show on CBS Sports Radio, you may have figured out that producer and on-air contributor Shaun Morash is endearingly strange. But there was absolutely nothing endearing about watching him eat a donut.

Morash celebrated his birthday on The DA Show this week and host Damon Amendolara gifted his producer a box of Entenmann’s donuts. Taking the gift a step further, Amendolara put the box of rich frosted chocolate donuts in the freezer before giving it to Morash, providing his producer with his beloved “cold snap.”

A truly thoughtful gesture, and one Morash appreciated more than anyone could have imagined. Fortunately, or unfortunately, CBS Sports Radio captured Morash’s appreciation of the chilled donuts as he seemingly checked out of The DA Show during an update to indulge the snack.

Morash is a native of Bay Shore, Long Island, which housed Entenmann’s headquarters for more than a century up until 2014. So he’s likely an expert in the baked goods company. But the tongue work, the eye flutter, and then reaching to adjust something with his pants, Morash’s trip of pure ecstasy was something that I’m not sure anyone else can experience while eating a cold chocolate donut.

This is a person who cried on-air after Derek Jeter retired, regularly becomes unhinged when talking about the New York Giants, and only recently learned chickens don’t regenerate their wings for continual human consumption. But Morash’s donut indulgence might be the most bizarre moment of his radio career to date.