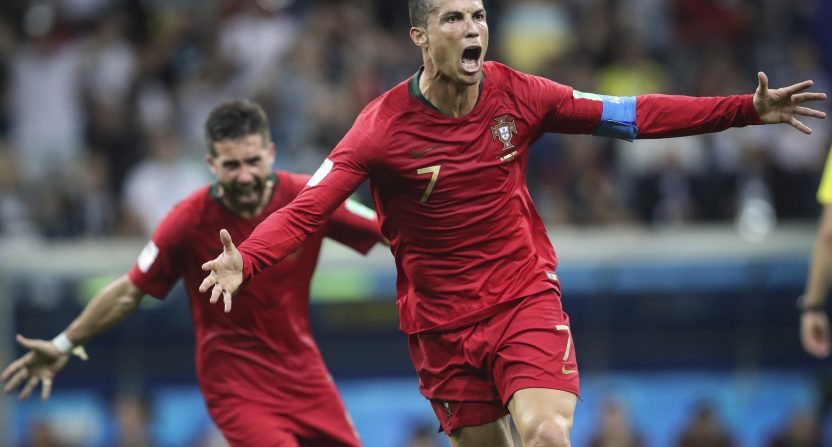 Amid a potential move to Juventus, Cristiano Ronaldo is likely set to embark on the next step of his career. And as the longtime Real Madrid forward prepares this move, Facebook is trying to sign him up for their biggest reality show yet.

According to Variety, Facebook is set to offer Ronaldo $10 million for a 13 episode commitment to be shown on Facebook Watch. The series would be produced by the Religion of Sports team of Tom Brady, Gotham Chopra and Michael Strahan, along with Dirty Robber (who reps Chopra and has produced Tom vs. Time) and Matador Content. It’s expected that the show would follow a similar pattern as Tom vs. Time.

While the deal isn’t official, Ronaldo and Facebook are already working together. Ronaldo is a producer on a scripted series that will be on Facebook Live about a girls soccer team in New York state as they “inspire the local community to transcend the racial, ethnic and class differences that divide it.”

While Tom Brady is one of the most legendary athletes in the United States, a Ronaldo reality show would dwarf Brady in terms of worldwide appeal. So Facebook is surely looking to invest and go big. And coming off the recent World Cup and the move from Real Madrid to Juventus, this would come at the perfect time. It could also be a nice complement for First Team: Juventus, Netflix’s reality show.