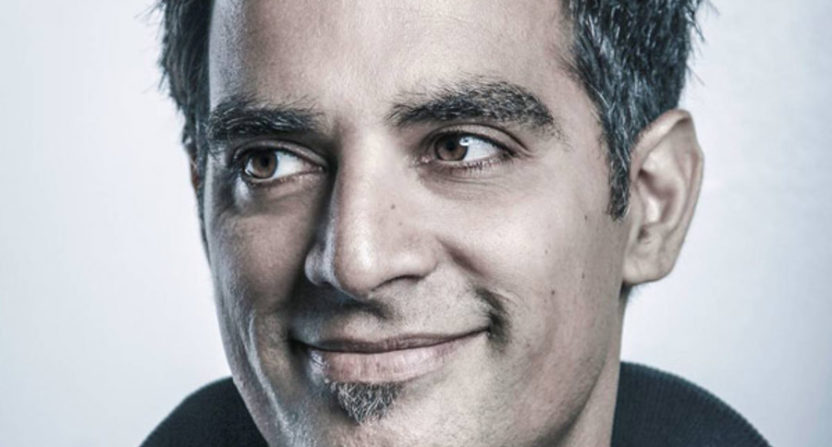 Last year, filmmaker Gotham Chopra spoke to Awful Announcing about his upcoming Religion of Sports documentary series, which covered everything from dirt-rack racing to Rangers-Celtic to minor-league baseball and explored why people are so passionate about these sports. Religion of Sports is back for a second season, premiering on AT&T and DirecTV’s Audience Network Wednesday night at 9 p.m. Eastern with an episode about German soccer team FC Lampedusa, a team’s primarily comprised of refugees living in Hamburg’s St. Pauli district.

Other episodes this year will cover baseball in San Quentin Prison, rugby’s New Zealand All Blacks and their ties to Maori culture, rock climbing at Yosemite’s El Capitan, the ultramarathon cycling RAAM Race Across America, and Peter Westbrook, the first African American to win an Olympic fencing medal and a man who’s now bringing the sport to underserved inner-city communities. Chopra spoke to Awful Announcing again recently by e-mail ahead of Wednesday’s S2 premiere, and said he’s excited to tell global stories like the ones on FC Lampedusa and New Zealand rugby ones, even though they carry some challenges.

“The Religion of Sports is a global phenomenon, and it’s definitely important for us to make sure the series reflects that,” he said. “International production definitely raises additional logistical issues and coordination, but I think it also enables us to tell the most powerful stories possible. Individual episodes also bring different challenges. The FC Lampedusa one, for example, taps into the refugee issue which is particularly relevant in the world right now. It also brings with it some sensitive issues that we have to be very mindful of – like insuring we’re never putting some of the film subjects in danger or jeopardizing their status. In the end though, we feel strongly that our role is to tell great stories showcasing why sports matter and really can transform people’s lives.”

He said the premiere episode on FC Lampedusa feels particularly resonant given political discussion in the U.S. at the moment.

“We’re living amidst one of the largest humanitarian crises in human history – the migration of millions of people because of war, violence, famine, injustice and more,” Chopra said. “It’s happening worldwide and is unlikely to abate anytime soon. Germany is a fascinating case study, in part because of its history stemming from World War 2.”

“Sports raises a lot of these issues and puts them squarely in the public debate. In and of itself, I think that’s a very positive thing because that is where creative solutions will come from. I’m not a believer that sports and politics shouldn’t mix. So our series doesn’t either!”

Chopra said other episodes that particularly stand out to him include the one on baseball in San Quentin and the one on the All Blacks.

“The first is on a baseball league in San Quentin’s maximum security prison,” he said. “Just as a film – it may be the most cinematic episode we’ve ever made. The stories of the people for whom lives have been shattered – and the redemptive role that sports has taken in their lives is really gripping and emotional. ”

“Somewhat on the other end of the spectrum, and definitely on the other side of the world, is our episode that focuses on the All Blacks rugby team in New Zealand. They are probably the most successful sports franchise on the planet and that success is largely tied to their connection to the native Maori culture. Our episode explores that and really shows just how deep the roots go for a sport that is barely known to us in the United States.”

Religion of Sports is covering a lot of lesser-known sports stories. Chopra said he thinks that works because the series is so character-focused, and because they want to bring stories of interesting characters to a wider audience rather than just tell the stories people know.

“Sports is really just a backdrop for our series,” he said. “What makes each film really work are the character stories at the heart of them. This season features a lot of incredible athletes that do indeed participate in lesser known sports, but their stories are transformative and inspiring. Peter Westbrook – the first African American ever to medal in fencing, [cyclist] Sarah Cooper – the toughest competitor you can imagine, [mountain climber] Conrad Anker – the most wise athlete you will ever meet.”

“These are people whom are the very best in the world at what they do. Sports fans hear about LeBron James and Floyd Mayweather and other big time athletes all the time, but we don’t get to know the stories of others. I think that extends in general to different sports as well. We know so much about the NBA or NFL or MLB. Providing windows into other sports that give athletes and fans just as much meaning and purpose is exciting for us as storytellers.”

Here’s a trailer for the second season:

“What I love about Religion of Sports is how intuitive it is. When I start to tell people about the central conceit of the series, I can barely get two sentences in before most people stop me. ‘Yeah – I get it. I grew up in the South and SEC football is my religion.’ Or ‘yeah – I know. I grew up in England and Tottenham is my team…’ It’s an idea that almost any sports fan already knows and feels so everyone has something to contribute.”

He said the “Ghost In The Machine” episode on racing and a friendship that formed out of that being a particularly memorable moment for him.

“Picking a favorite episode is like picking a favorite child; pretty impossible for me,” Chopra said. “I do have a special place in my heart for the first episode on racing in the south. It’s a sport I didn’t really have much experience with or insight in. I had never been to a NASCAR race and that was really eye opening. The South is a part of the country that I haven’t spent as much time in so that was also a lot of fun.”

“And probably most importantly, the central character – a Marine named Joey Jones – and I have become good friends and still speak to regularly. One of the central tenants of the Religion of Sports is that sports bring people of different backgrounds together. That’s definitely the case with me – an ivory tower, brown son of immigrants, Yankee snob from the Northeast and Joey Jones, a white, good old boy jarhead from the south!”

One change from last year to this year is opening the series’ production up further to outside filmmakers and artists.

“I think we picked up a lot of learnings that helped us get more efficient and thoughtful producing season two, but I think the biggest shift was opening up the series more creatively,” Chopra said. “As opposed to last year when almost all of our episodes were produced by an internal creative team, this season we brought in more filmmakers and artists to craft each individual episode. I think that makes it feel more like a series of films than a television show.”

“To me, that’s really given us more of a foundation for the future of what I really hope is an ongoing franchise. There’s a fundamental DNA to the series, but by bringing in new contributors, I believe there will be lots more life to Religion of Sports as it grows.

The show was co-created with Michael Strahan and Tom Brady, and Chopra spoke last year about how Strahan helped refine the idea and get it to market and Brady contributed creatively in terms of what questions he’d want answered about other athletes and sports. Both are still involved as producers, and Chopra said they’ve helped to steer the show and develop individual episodes.

“Both of them operate squarely at the epicenter of the Religion of Sports – Michael as a hall of famer and Tom as an active athlete that still carries the hopes and dreams of millions of believers. So to begin with both of them really do serve as spiritual godfathers, so to speak, to the series. They also help curate some of the stories, help me craft questions, especially when it comes to some of the athletes we feature, and also will review cuts when they can. Of course, their biggest impact is probably in the promotion of the series. Both have enormous followings and have obviously helped us make sure people know our series exists. It’s hard to overstate just how important that is.”

Chopra said the biggest reason viewers should tune in for the second season is to see quality storytelling, and stories told by a wide group of talented people.

“It’s really great storytelling by really great storytellers. I really do think it’s that simple. I look at myself as the chief architect, but I’ve been really fortunate to work with some amazing builders and together we’re creating something special. Sports matter – way beyond wins and losses and box scores. They bring meaning and purpose and significance to people’s lives – fans and athletes. To showcase that is the mission of the series and I think we’re hitting the mark so far.”

Religion of Sports‘ second season premieres Wednesday at 9 p.m. Eastern on Audience, with a repeat at 9 p.m. Pacific. It will air every Wednesday at that time for the next six weeks. A full schedule, and episodes available for streaming in advance to Uverse and DirecTV subscribers, can be found on the production’s website.