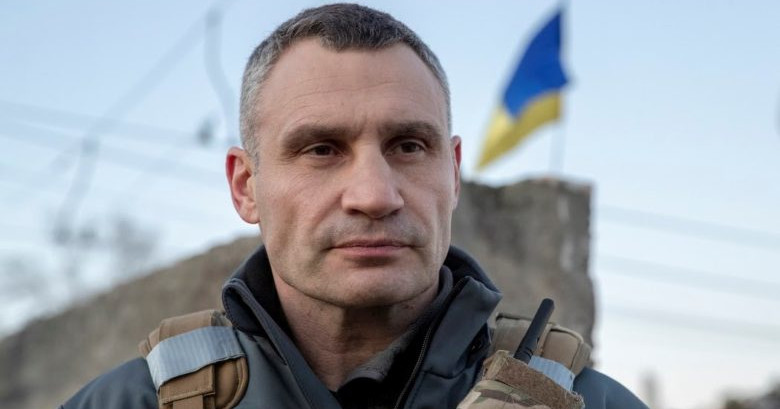 One of the biggest ESPYs awards is the Arthur Ashe Award for Courage, presented each year to  each year to “individuals whose contributions transcend sports.” Jim Valvano received the initial award in 1993, which led to his famous speech. Other recipients over the years have included Howard Cosell, Muhammad Ali, Billie Jean King, Pat and Kevin Tillman, Tommie Smith and John Carlos, and more, with the last five years honoring Eunice Kennedy Shriver (for founding the Special Olympics), survivors of the USA Gymnastics sexual abuse scandal (for speaking up and demanding change), Bill Russell (for his role as a trailblazing NBA player and coach, including serving as the first Black NBA coach), Kevin Love (for his advocacy for mental health), and Maya Moore (for her decision to leave basketball to work on justice reform). This year, they’re honoring former heavyweight champion Vitali Klitschko, now the mayor of Kyiv, for his role in defending Ukraine from Russian invasion and bringing awareness to the country’s plight. Here’s more on that from an ESPN release:

Former heavyweight boxing champion and mayor of Kyiv, Vitali Klitschko, will be honored with the Arthur Ashe Award for Courage at the 2022 ESPYS, airing live on July 20 at 8 p.m. ET on ABC. The award is given to a deserving member of the sporting world who makes a difference far beyond the field of play, impacting the world in indelible ways.

Klitschko, who has been the city’s mayor since 2014, has been a central figure in his country’s defense since it was invaded by Russian forces in late February. As the capital city endured a weeks-long siege and fought to keep Kyiv under control, Klitschko has served as one of the faces of the Ukrainian resilience inspiring people around the world. Together with his brother Wladimir, also a former heavyweight champion, the Klitschkos pledged to take up arms alongside their fellow citizens, and were leaders in Ukrainians’ remarkable response to the invasion. That response included other boxers out of the nation’s rich tradition of fighting like Vasiliy Lomachenko, the two-time Olympic gold medalist and one of the best pound-for-pound boxers in the world, and Oleksandr Usyk, a top heavyweight contender, returning home to join defense battalions themselves.

“It is a great honor for me to receive this award,” said Klitschko. “I am convinced that this is a recognition of the courage and inviolability of the Ukrainian people, who have been bravely resisting the Russian aggressor for more than three months. This is an award for everyone who defends the independence and freedom of Ukraine.”

…“Vitali’s poise and strength as his city and country faces unfathomable tests have far surpassed the incredible resolve he demonstrated as one of boxing’s top heavyweight champions,” said Executive Editor-At-Large ESPN Content, Rob King. “His commitment to the people of Ukraine has been a global inspiration, and his bravery is a prime example of the resilience of the human spirit. It is our privilege to bestow him with the Arthur Ashe Courage Award.”

It’s fascinating that Klitschko is in this position considering his personal history. His father, Vladimir Rodionovich Klitschko, was a major general in the Soviet Air Force, and Vitali and his brother Wladimir spent part of their childhood in Czechoslovakia thanks to their father’s assignment to Soviet occupation forces there. Now, the Klitschkos have become some of the key figures fighting against Russian invaders, with both taking up arms this spring and Vitali playing an important role in the Battle of Kyiv. Oh, and their father was also one of the commanders involved in cleaning up the Chernobyl nuclear disaster in 1986, and Chernobyl again became a large topic of discussion this year thanks to Russian forces seizing the area before eventually withdrawing.

It’s also interesting to see the Ashe Award handed out to someone directly involved in an international military conflict. The only preceding case of that was the Tillman brothers in 2003, although the award has gone to those who lost their lives in shootings and terrorist attacks several other times (2000, 2002, 2010, 2016). And while the ESPYs specifically have often proven more willing to discuss “politics” than the rest of ESPN, an award for a foreign national taking part in a war the U.S. is not directly in (the U.S. is aiding Ukraine with both military and civilian supplies, but is not an active combatant) still seems like a new step. But that does fit with how the global sports and global business community’s response to Russia’s war in Ukraine has gone well beyond what we usually see, with that including countless businesses (including ESPN parent Disney) pulling out of or pausing activities in Russia and many sports leagues and organizations doing the same.