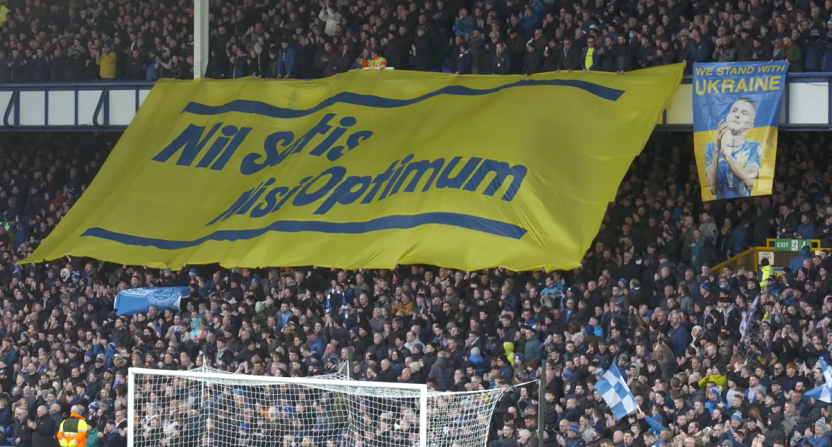 The league announced the move today, which came after some deliberation:

The Premier League and its clubs today unanimously agreed to suspend our agreement with Russian broadcast partner Rambler (Okko Sport) with immediate effect and to donate £1million to support the people of Ukraine.

The League strongly condemns Russia’s invasion of Ukraine. We call for peace and our thoughts are with all those impacted.

The £1million donation will be made to the Disasters Emergency Committee (DEC) to deliver humanitarian aid directly to those in need.

The decision comes after a weekend of matches that were filled with protests in stadiums, on the field before kickoff, and even during play in the form of armbands and other shows of support. Waiting to suspend the broadcasting relationship meant some of those protests made their way onto Russian television over the weekend. That included a moment when the match clock was replaced with an anti-war message of support for Ukraine.

The Premier League’s message of support for Ukraine appears to have unexpectedly reached Russia, with viewers of yesterday’s Manchester derby on Okko Sport being shown a ‘Football Stands Together’ graphic instead of the match clock.

Although they inadvertently handed their audience a small glimpse at the growing defiance against the violence started by Vladimir Putin, Okko Sport cut to the match action at kick-off, meaning the pre-match protests were not shown.

The move obviously serves to further highlight the conflict and the very one-sided nature of the aggression. The Premier League has seen other examples already of war impact, including Chelsea owner and Russian oligarch Roman Abramovich being forced to sell (possibly to Jets owner Woody Johnson.)

The real test will be how quickly the league resumes its relationship with Okko Sport, but for now, it’s hard not to commend the action. And whether or not it was intentional (it probably wasn’t), the fact they waited until after protests aired on Russian TV is a nice twist.