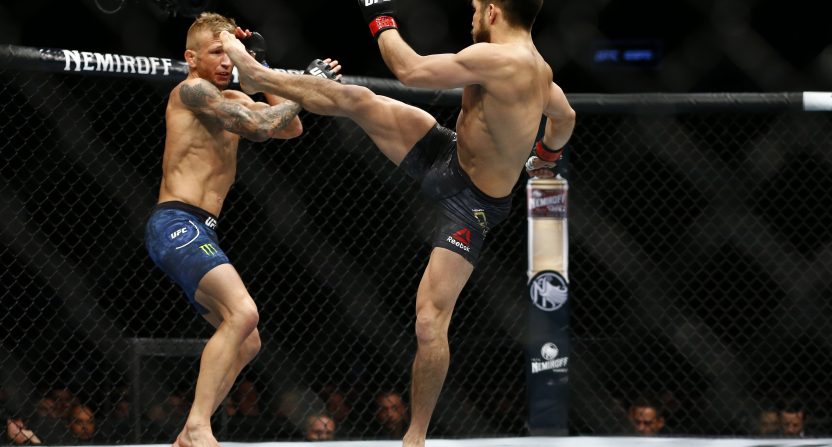 ESPN hyped the bejeezus out of the UFC’s debut on ESPN+ over the past week, and all of that hype resulted in more than half a million new subscribers to the streaming service, per ESPN.

The network claims that 568,000 users signed up for ESPN+ last Friday and Saturday in advance of the first UFC card on the platform, headlined by a flyweight title fight between champions TJ Dillashaw and Henry Cejudo, with 525,000 of those new subscriptions coming just on Saturday. ESPN is calling this “the largest event and subscription and catalyst for ESPN+ thus far,” which makes sense given that ESPN+ only hit a million subscribers back in September.

However, while this is all well and good, it’s important to remember that most (if not all) of these new subscriptions likely were free trials and that they haven’t actually shelled out any cash just yet. ESPN will be thrilled, as they should be, with over half a million new subscriptions, but will they be as happy if 80% of those subscribers don’t turn into paying subscribers before the end of their trial? Of course not!

The bad part here for ESPN is that UFC fans won’t have many reasons to turn into paying subscribers over the next month. There’s an ESPN+ card lacking starpower on February 2nd, three prelim fights for a card airing on cable on February 17th, and another ESPN+ card lacking starpower on February 23rd. If you signed up for a seven-day trial…well, you’re not getting any more live fights before your trial ends, and you’ll need to decide whether you want to pay now, or re-subscribe later when a fight card that interests you comes up on your radar.

Given how many people simply forget to cancel trials of subscription services and let them (intentionally or not) roll over into paid subscriptions, ESPN+ will definitely have some new paying subscribers next weekend. But that half a million number is somewhat misleading, and while ESPN should definitely be proud of signing that many people up, we should pump the brakes on the potential of an extra $2.5 million or so a month in subscription fees based on the first UFC on ESPN+ card.