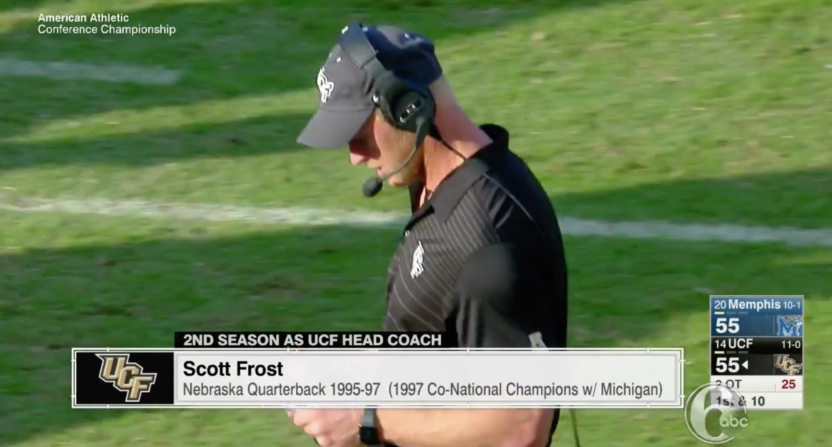 On Saturday afternoon, college football-reporting free agent Brett McMurphy tweeted that, per a source, UCF coach Scott Frost was leaving the school to sign a seven-year, $35 million contract at Nebraska.

At the time McMurphy broke the news, Frost’s UCF team was engaged in a thriller in the AAC championship game on ABC. As the second overtime period began, ESPN play-by-play announcer Steve Levy informed viewers of Frost’s reported departure, crediting the news to “our own Brett McMurphy.”

The problem? McMurphy no longer works for ESPN, having been laid off as part of the network’s April purge.

Levy did not seem to notice his mistake, but McMurphy sure did. The reporter quickly tweeted out the words “our own, then shared a clip of Levy’s comment with a winking emoji.

McMurphy also changed his Twitter bio to say “some outlets refer to me as “Our own.” 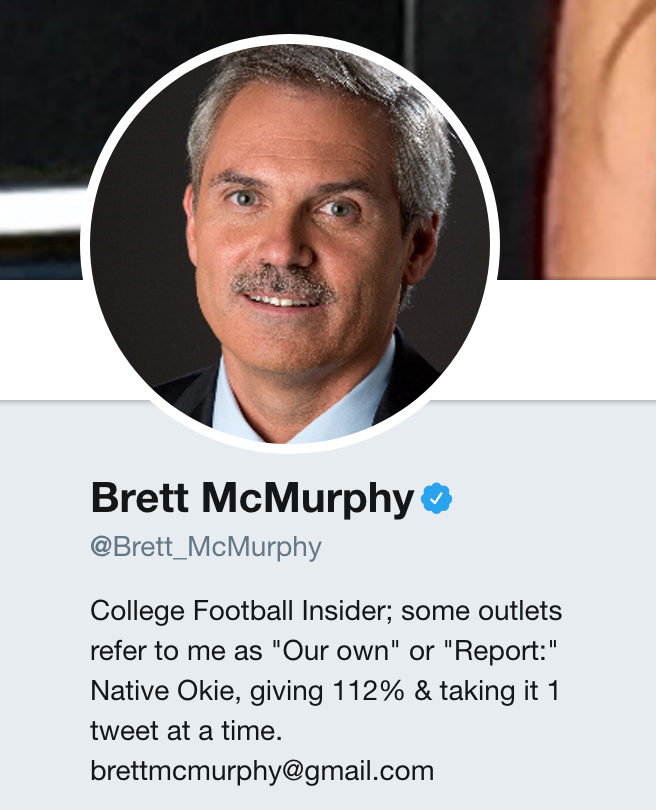 This situation underscores both the value and the lack of value of news breakers in 2017. On one hand, McMurphy managed, despite not having a full-time reporting job right now, to break news that ESPN reporters were surely chasing, which is somewhat embarrassing for the network that let him go. As Levy’s prideful-but-inaccurate “our own” indicates, there is certainly some benefit to claiming credit for news that just broke. On the other hand, Levy (and thus ESPN) was able to disseminate the news quickly and easily even though it came from an outsider. McMurphy doesn’t work for ESPN anymore, but that didn’t stop the network from quickly sharing the news he reported.

Back in April, McMurphy was one of the more puzzling layoffs, given that he was better at breaking college football news than anyone inside of (and maybe outside of) the company. While many other talented people who lost their jobs could perhaps be viewed as redundant, McMurphy was unique. But in a world where anyone can access and spread another reporter’s scoop in a matter of seconds, and maybe even claim it as his own, that wasn’t enough.