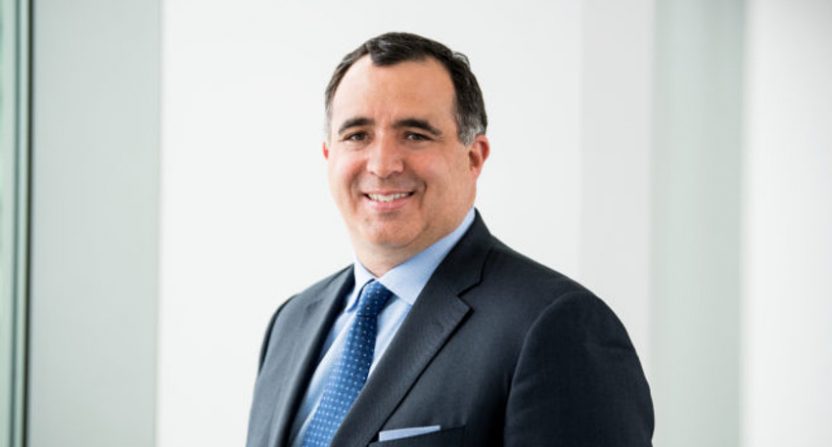 There’s a new figure directly in charge of ESPN direct-to-consumer streaming service ESPN+. That would be Russell Wolff, who’s been with a variety of ESPN entities since 1997, most recently as executive vice president and managing director of ESPN International. Wolff has now been named the executive vice president and general manager of ESPN+, and will report to Michael Paull (the former BAMTech CEO who’s now the president of Disney Streaming Services following Disney’s acquisition of BAMTech).

In his new role — working closely with leaders at DTCI and ESPN — Wolff will be responsible for managing ESPN+, the premium multi-sport, direct-to-consumer video service from The Walt Disney Company’s Direct-to-Consumer and International (DTCI) segment in collaboration with ESPN, which launched in April 2018.  Additionally, he will collaborate on the overall management and commercialization of ESPN-branded digital products.

“ESPN+ is off to a fantastic start as the fastest growing consumer sports streaming service in the market and Russell’s deep understanding of the ESPN brand and experience across all aspects of the media landscape will bring even more velocity to the service,” said Paull. “His strong business acumen and exceptional leadership qualities make him the perfect leader to advance the growth of ESPN+ as we continue to evolve the service.”

“I am deeply honored to take on this role and look forward to working and collaborating with the extraordinary people across DTCI’s Disney Streaming Services and ESPN to realize the enormous promise ahead of us,” said Wolff.  “ESPN+ is in the first inning of a very long game. There is a tremendous opportunity to grow the service and expand our position as the leading streaming service and provider of digital products for sports fans.”

This is a significant move on several fronts. For one, it suggests that Paull himself may be shifting more of his day-to-day focus to the forthcoming Disney Play TV and movie streaming app. Ricky Strauss was recently announced as president of content and marketing for Disney Play, but Paull is overseeing it “from a technology and customer acquisition perspective.” Paull is still in overall charge here (below ESPN president Jimmy Pitaro, DTCI chairman Kevin Mayer, and Disney CEO Bob Iger), but creating this role for Wolff means there’s now an executive specifically focused on ESPN+.

And Wolff has a notable background, as per that release. He joined ESPN International in 1997 to manage Pacific Rim interests, then went to ESPN Star Sports as VP of programming and event management, returned to ESPN proper in 2000 as ” senior vice president, overseeing programming, marketing, and the company’s businesses in Asia, Europe, the Middle East, and Africa.” His EVP/managing director role at ESPN International saw him “responsible for all of ESPN’s international businesses,” and he has experience both in building digital platforms and building networks:

As part of his previous role, Wolff guided ESPN’s digital expansion around the world, including the launch of mobile, online and streaming platforms, helping it establish a position as the number one digital sports brand globally. He led ESPN’s digital media teams to grow their global digital media portfolio, which included more than a dozen localized editions of ESPN.com and the ESPN app, ESPNFC (global football vertical), ESPNCricinfo (global cricket vertical), ESPN’s streaming platforms (including WatchESPN) and multiple other digital initiatives.

He also was a key driver of ESPN’s continued growth and leadership in Latin America. Under his direction, ESPN’s offerings grew into a multimedia business that includes 13 television networks, the most diverse portfolio of programming and sports events, and the operation of production facilities and offices in Argentina, Brazil, Colombia and Mexico.

Another interesting element out of that release is that Wolff’s EVP/managing director role at ESPN International won’t be filled. Instead, the regional general managers will report to regional DTCI leadership. (That’s not reminiscent of any Disney property at all, is it?) But that speaks to the further integration of elements of ESPN that had once been separate into the larger Disney structure; another example came on the ad side last month, where it was announced that long-time ESPN head of ad sales Ed Erhardt was retiring and that many of his duties would be passed to Disney exec Rita Ferro.

This also suggests there’s an emphasis on having more coordination between ESPN and Disney on efforts in specific international regions. And it adds to Mayer’s importance as an ESPN figure, as he’s overseeing that regional DTCI leadership. Sports Business Journal‘s John Ourand also relayed an internal memo from Pitaro and Mayer about the changes:

Overall, this is also perhaps another indication of the value Disney is placing on ESPN+, both as a standalone service and as research for the eventual Disney Play and perhaps a broader ESPN offering down the road. Shifting a long-time, reasonably high-level executive from running ESPN International to running ESPN+ is another illustration of Disney’s prioritization of ESPN+. We’ll see what Wolff does in this new role, but it’s certainly significant to see him appointed here.