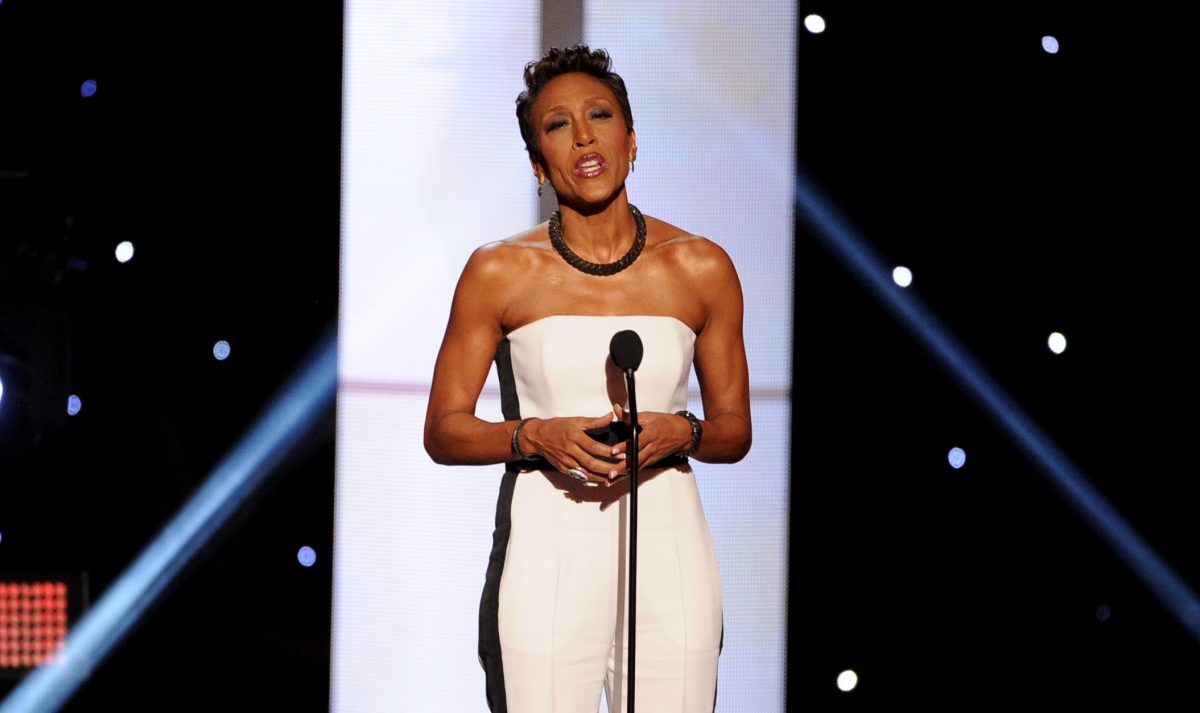 Robin Roberts is a broadcasting icon for a variety of reasons, and now she’ll add another event to her resume: hosting NFL Draft coverage.

Roberts made the announcement herself on Good Morning America:

She's been drafted! Our very own @RobinRoberts is hosting this year's @NFL Draft. All 3 days will air on @abcnetwork and @ESPN ? pic.twitter.com/D0YNR3zKLd

Roberts is a longtime Good Morning America host, and with ABC adding complementary draft coverage this year, it makes sense for her to be in the mix. She will serve as a co-anchor, handling interviews and some of the hosting duties. From ESPN’s release:

Good Morning America’s Robin Roberts will host ABC’s opening night presentation of the 2019 National Football League Draft, live from Nashville, THURSDAY, APRIL 25 (8:00-11:30 p.m. ET), on The ABC Television Network and streaming. Roberts will host the prime-time broadcast of Round 1, joined on a separate set by co-host Rece Davis and the crew from College GameDay Built by The Home Depot. She made the announcement today on Good Morning America.

As part of her host role, Roberts will conduct interviews from an ABC set located on Broadway in the Music City. Additionally, she will highlight the prospects selected by NFL teams during the Draft. Roberts will be reporting live from Nashville for Good Morning America on April 25.

And as ESPN noted, Roberts has a long history covering the NFL, in a variety of roles:

Roberts is no stranger to ESPN and the NFL. The award-winning anchor and host started her national broadcasting career as a SportsCenter anchor. At ESPN, she covered the NFL Draft and was a regular contributor to NFL PrimeTime. Roberts has continued to work with ESPN through the years at The ESPYS Awards, the Special Olympics World Games and more. Under her leadership, “Good Morning America” has won several Emmy® Awards for Outstanding Morning Program and the 2017 People’s Choice Award for Favorite Daytime TV Hosting Team.

The NFL Draft is about a month away, but it’s clear that between ESPN’s traditional NFL-centric show and ABC’s College GameDay crew, the network is not holding anything back.