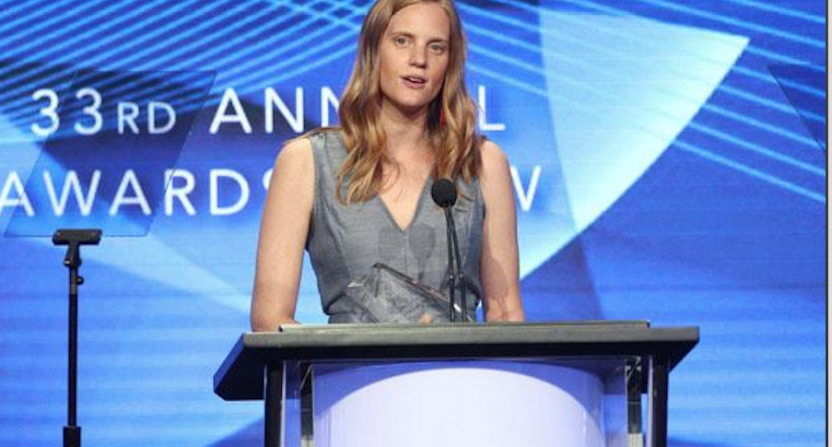 Back in the summer of 2018, there was some discussion about what was ahead for ESPN’s 30 for 30 documentary series. At that point, they had only released two installments (and only one on TV) to that point in the year, much lower than previous years (which ranged from nine to 23 installments for full years). And while 2018 finished with only four 30 for 30s debuting, comments Libby Geist (vice president and executive producer, ESPN Films and 30 for 30) made to AA’s Ben Koo on focusing on big stories and “I think we’re going bigger and better moving forward” in August 2018 certainly proved apt, with ESPN putting out a lot of prominent and well-received documentaries over the next two years. However, Geist is now exiting herself, and it will be interesting to see if that leads to more change for the series.

ESPN would go on to put out six 30 for 30s in 2019, many focusing on big subjects. They then really stepped up their output this year with the 10-part The Last Dance, the four-part The Life And Trials of Oscar Pistorius, the two-part films Vick and Lance, and one-offs Be Water and Long Gone Summer, with everything but Vick (which aired in January and February) and the Pistorius series (which premiered in September) moved up earlier than originally planned thanks to the COVID-19 pandemic and the subsequent lack of live sports for a while.  And those, and The Last Dance in particular, drew big ratings, and seemed to indicate that there was a lot ahead for 30 for 30.

Since then, though, two key executives heavily involved in the series have announced plans to leave. First, ESPN executive vice president of content Connor Schell announced plans to exit earlier this month; while Schell oversaw all of ESPN’s non-game content, he was a key early 30 for 30 figure, and still had involvement in overseeing the films side. And now, Geist is leaving as well. Geist (seen above at the 2017 Television Critics Association Awards) discussed her departure (which is set for January) with John Ourand of Sports Business Journal Monday, and said burnout from working to get all those documentaries out early this spring was a factor:

Earlier this spring, as sports shut down during the pandemic, ESPN’s production group rushed several documentaries to air, including “The Last Dance,” “Lance,” “Be Water” and “Long Gone Summer.” “I just feel a level of burnout and a need to step away that I’ve never felt before to focus on family, my mental health and hit the reset button,” Geist said. “It was a rough spring, but so gratifying, too. I wouldn’t have traded that for the world. It certainly led to me looking to take a break.”

Geist said she wants to focus on her family, including her two young sons, take a deep breath and figure out her future, which she says almost certainly will involve documentary production. “Before I came to ESPN, I was at a really small documentary production company [called Shoot the Moon Productions]. That’s where my heart has always been,” she said. “I certainly miss getting my hands dirty and being more a part of the creative process. You grow away from the creative parts of the job as you grow up in a company. I might look for that in my next job. But I honestly don’t know. I really don’t.”

…Geist started at ESPN as an associate producer in 2008, just as the “30 for 30″ documentary series was ramping up. During the ensuing 12 years, she’s overseen 130 sports docs and even more short films. “’The Last Dance’ is such a great way to leave here,” she said. “I feel really good about my contributions here. I’m going to look around for other mountains to climb.”

None of this necessarily means that ESPN will drastically change their 30 for 30 approach going forward. Ourand notes that there are already some internal replacements being considered to take over Geist’s ESPN Films role, including Brian Lockhart (vice president and executive producer of original content) and Erin Leyden (senior producer). And it’s possible that the 30 for 30 train will keep rolling right along even after Schell and Geist leave. It’s also possible that they might wind up involved in it still from the outside; Schell has discussed starting a production company, and Geist said she wants to still work in documentary production, and the 30 for 30 series has long involved outside filmmakers.

But it is certainly notable that two of the key executives involved in the whole run of 30 for 30 are now exiting ESPN. Those are two prominent people, and they had significant internal and external influence on how ESPN approached documentaries and more. And while these two departures reportedly weren’t directly connected to ESPN’s latest round of layoffs, the layoffs show that the company is in a very cost-conscious mode at the moment. (And that’s connected to wider Disney challenges; ESPN’s latest quarterly financial performance wasn’t bad, and Disney’s overall corporate performance was better than analyst estimates, but that was with “losses not as drastic as expected“; they’ve still been hit hard by COVID-19’s impacts on their parks (including still-closed Disneyland), hotels, cruises and other sectors.) And not having Schell and Geist around to advocate for ESPN’s documentaries could potentially cause some issues.

Of course, at this point, there’s nothing concrete known about where 30 for 30 will go from here. And this year as a whole really does show the importance of good documentaries to ESPN, and the ratings and attention they can bring under the right circumstances, especially during sports lulls. And the 30 for 30 library (and first access to some new installments) is a key selling feature for ESPN+, which is doing quite well. So there’s a fair bit to suggest that ESPN will continue to see the value of sports documentaries, and continue to put out good ones. But it will be definitely be worth watching if (and if so, how) their documentary approach changes after the exits of Schell and Geist.