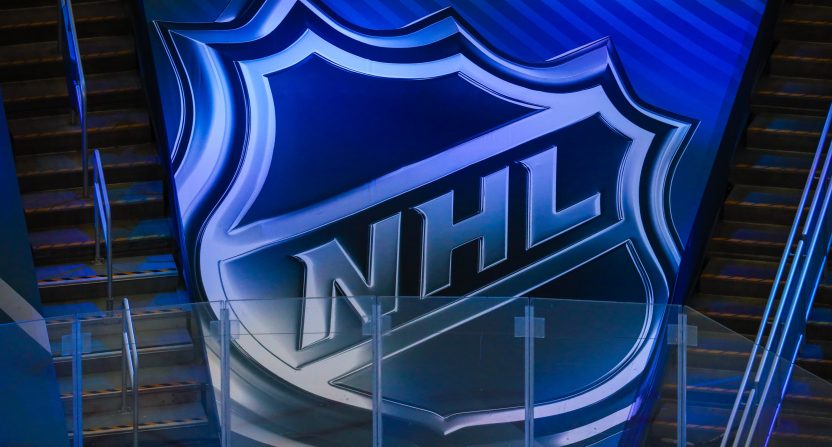 ESPN and Turner, the NHL’s new TV partners, released their schedules for the 2021-22 season, which includes 78 regular season games across ESPN, ABC, and TNT, along with oodles more on ESPN+ and Hulu.

We’ll start with the Turner release, since it’s less complicated. TNT will air 50 games across the regular season, which includes 25 Wednesday evening windows. Of those 25 Wednesday windows, 15 are doubleheaders. Turner also has seven Sunday windows in March and April, one of which (April 10th) is a doubleheader. The network’s final two games take place on Saturday: The Winter Classic on January 1st, and the Stadium Series game on February 26th. TNT also airs the Heritage Classic on March 13th in one of the Sunday windows.

The addition of the NHL will give TNT three straight days of live sports in the second half of the season, with NBA games airing on Tuesdays and Thursdays. In the first half of the year, TNT will air NBA doubleheaders on only Tuesday. The network will also air half of the NHL Stanley Cup Playoffs this season. Earlier this week, Turner announced their full lineup of NHL talent, including several alums from NBC’s coverage.

ESPN’s coverage this year is a bit more complicated. Per their release, “only” 28 games will air on cable and broadcast – 18 on ESPN, and ten on ABC. ESPN will air four games across three Tuesday windows in October, and then its coverage breaks for November and December. It’ll return in January for three Thursday windows, along with one Thursday window in February and two in March. In April, ESPN will air eight games over five windows on Tuesdays and Thursdays. The network will also air the All-Star Skills Competition on a Friday window in February.

ABC will air ten games, all in single windows and all streaming on ESPN+. The first window is the Thanksgiving Showdown on November 26th, and then the broadcast coverage breaks until February and the All-Star Game. After another break, the Saturday windows return on February 26th, and run through the end of the season.

Finally, there’s the streaming component. ESPN+ absorbed the NHL’s out of market streaming package (pour one out for NHL.TV), and all of those games can be streamed with an ESPN+ subscription. Through the end of 2021, ESPN+ will stream at least one exclusive game every Tuesday and most Fridays, with games also available on Hulu. Once the calendar flips to 2022, the ESPN+/Hulu games will take place on Tuesdays and Thursdays. If it sounds confusing, it sure is, and you should just check out the release for the full schedule.

Like with Turner, ESPN will also air half of the Stanley Cup Playoffs, and will air the Stanley Cup Final in four of the seven seasons of the deals (including the 2021-22 season). ESPN released their NHL talent roster earlier this summer.

So, if you’re an out of market NHL fan, can you get away with not having a cable/satellite/streaming subscription? The answer to that is a hard no – Turner’s release doesn’t mention anything about streaming (aside from “expansive digital and highlight rights for Bleacher Report, House of Highlights and additional platforms.”), so it appears you’ll need to watch those 50 exclusives (along with the network’s playoff coverage) on TNT or with an authenticated login. ESPN’s coverage is a bit more complicated – 16 of the 18 games airing on ESPN proper won’t be available on ESPN+ and can’t be streamed without an authenticated login, but all of the ABC games will be available on ESPN+ (but not Hulu).

How does this coverage compare overall to that on NBC? In its announced schedule for the 2019-20 season (pre-shutdown), NBC and NBCSN planned to air a total of 109 games, more than the 78 airing across ESPN, ABC, and TNT this season. The sheer number of exclusives on the Hulu/ESPN+ package puts these TV deals over the top, but that also requires an additional subscription on the part of fans. Thanks to the inclusion of the NHL.tv package in ESPN+ this season, it seems like out of market fans are getting a better deal with these TV deals, while in-market fans (who already needed a cable/satellite/streaming subscription for their local RSN) were getting a better deal with the old NBC package.