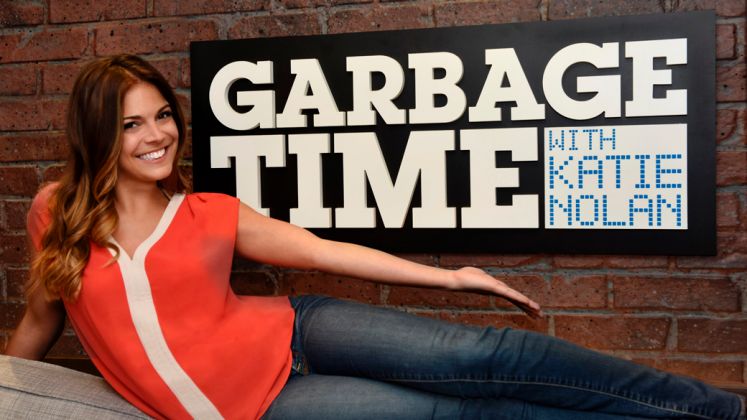 Last week, we told you about Fox Sports not renewing Katie Nolan’s Garbage Time program and possibly expanding her role at FS1. According to the Sporting News, there might be a monkey wrench thrown into FS1’s plans. Mike McCarthy is reporting that Nolan has met with secretly with ESPN’s John Skipper and others to potentially go there.

However, Nolan has 18 months left on her Fox contract and probably wouldn’t leave for ESPN, but perhaps it would necessitate a trade, something that it has done before with Al Michaels and actually explored involving Nolan for Ian Darke.

One possibility McCarthy mentions for Nolan moving to ESPN would be putting her with ESPN Radio host Mike Greenberg who is on the verge of having his own morning TV show on the Mothership. If that happens, it would certainly give ESPN some advance buzz before the premiere.

Of courses, the meeting was likely an exploratory meeting to show ESPN’s interest in Nolan when her contract expires. FS1 has mentioned that it wants to increase her presence on the network “five-fold,” but what that entails, nobody knows.

There’s no doubt that Nolan would be an asset to ESPN or FS1, but right now, she’s a ship without a rudder and a host without a show. Fox is looking at its options. The Sporting News says FS1 is developing programming ideas.

Whether Nolan jumps ship  is anyone’s guess, but as we follow the heated ESPN-Fox rivalry, this could be another chapter in this ongoing soap opera.