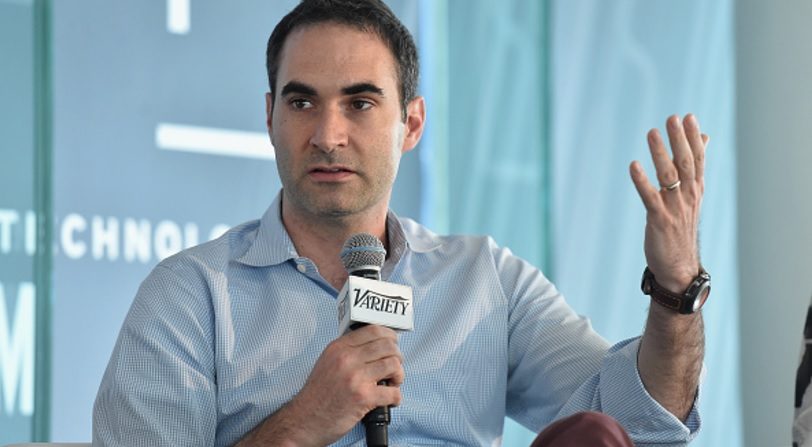 ESPN president John Skipper is shaking up his management team and looking to the man who oversaw the 30 for 30 documentary series and shepherded ESPN Films to an Academy Award to take on a much larger role at the network.

Connor Schell, previously senior vice president and executive producer for ESPN original content, has been promoted to Executive Vice President, Content, and will oversee the content on ESPN’s television, online and print platforms. In other words, he’s overseeing all of the content the network produces. Schell will also add studio and remote production, original content, audio and the network’s talent office to his duties, which still include his executive role with ESPN Films.

In his previous role with original content, Schell oversaw programming such as NBA Countdown, The Jump and the ESPYS, in addition to the network’s debate shows like First Take and Pardon the Interruption. As Sports Illustrated‘s Richard Deitsch points out, Schell has worked closely with the shows produced by Erik Rydholm (PTI, Around the Horn, Highly Questionable) and Kevin Wildes. So that aspect of the network appears very likely to stay intact.

Schell is a big fan of the talent under the Erik Rydholm umbrella as well as the Kevin Wildes-Beadle-Nichols NBA crews.

Schell does seem to have a keen eye for talent and supporting key personalities, recently locking up O.J.: Made in America filmmaker Ezra Edelman to a first-look deal on nonfiction sports projects. According to Deitsch, he’s also an advocate for Mike Greenberg’s new morning show, a venture that carries some serious risks for the network.

In his role with ESPN Films, the 30 for 30 documentary series has won several Emmy and Peabody awards. But they scored the big prize earlier this year by winning the Best Documentary (Feature) award at the Oscars, a huge achievement for ESPN Films and one which compelled the Academy Awards to change its rules regarding multi-part documentaries being eligible in that category.

Previously, the trio had reported to Skipper. The new structure also means that executive VP/global business and content strategy Marie Donoghue (who was promoted to that position last year) and John Kosner (executive VP/digital and print media) will be leaving ESPN by the end of the year.

Deitsch also speculates that Schell’s new role may improve relations between Bill Simmons and ESPN, at least on a surface level.

Finally, Schell is very tight with Bill Simmons. Would not be surprised to see more ESPNers on The Ringer pods in future.

Know what you're thinking: @BillSimmons & @Grantland33 coming back to @espn and we'll be told past couple yrs was a bad dream sequence.

By promoting Schell, Skipper appears to be doing something that Simmons suggested in his recent criticisms of the ESPN president. In Simmons’ view, Skipper took over for George Bodenheimer to oversee the business side of the network, but that meant the content side suffered with no one — or at least one guiding figure — in Skipper’s previous role.

“Skipper took George’s job, but he never replaced himself, and what he tried to do was basically a bullpen by committee with six, seven, eight inner-circle people kind of trying to do his job.”

Apparently, Skipper agreed with that, though whether or not Simmons helped him reach that conclusion is something we’ll likely never know. (Will Simmons take credit for it anyway?) It seems highly doubtful, anyway.

Btw, to those who thought @ConnorSchell was just drafting off @BillSimmons — he's been promoted 3 times (!) since Simmons left.