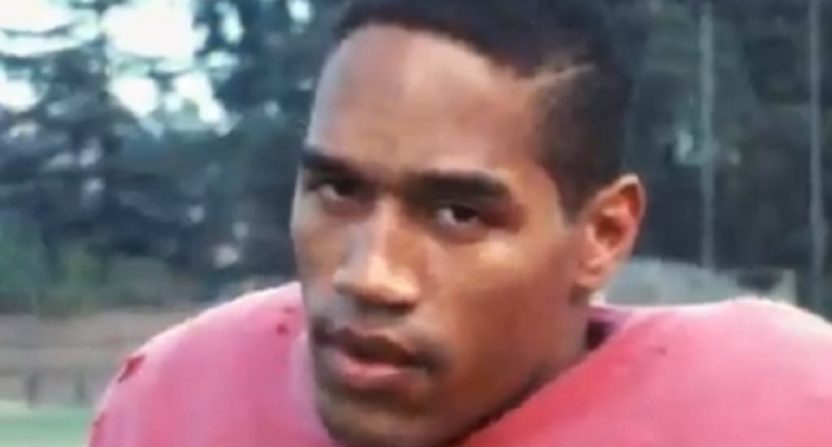 ESPN has won plenty of awards. Now, the network can add an Oscar to the list.

At 467 minutes, O.J.: Made In America is the longest film to win an Oscar, even beating out a War And Peace adaptation. #Oscars #avcOscars pic.twitter.com/pWokQCBoQJ

Congrats baby to @espn for winning an OSCAR for OJ : Made in America! #awesomebaby to all involved

It shouldn't be overlooked that Ezra Edelman said the OJ doc is the story of racial violence in America. The doc was more than just OJ.

Hands down, the best @30for30 ever made. Truly groundbreaking. #Oscars

O.J. Made in America director Ezra Edelman recently called making the eight-hour film “organized chaos”. Awful Announcing’s Ian Casselberry explained how the film was about much more than just O.J. Simpson and the trial:

Ezra Edelman’s film strived for much more than to tell the story of a particular moment or capture an era. By spanning the life and career of O.J. Simpson, Made in America explores race and gender relations, athletic idolatry, domestic abuse, police brutality, media culture and celebrity worship among its many themes.

And here’s some of what Alexander Goot had to say about the documentary in his review of the film for Awful Announcing last May:

According to Edelman, O.J.: Made in America took years to complete and has basically consumed the most recent chapter of his life. But it works because all that time, energy and work was focused in the right places. Gather the principles, scour the archives, and chronicle the history of the rise and fall of one of the most fascinating figures in American history.

But regardless of how it’s presented, O.J.: Made in America always maintains that guiding ethos. Over the course of eight hours, it is inspiring and infuriating, joyous and depressing, a riveting history, and a cautionary tale. It’s an extraordinary account, covered from every possible angle, with no stone left unturned. Edelman asked all the right questions, highlighted the right issues, and made the right choices.

If you haven’t yet seen O.J.: Made in America, good news: ESPN2 will apparently show the Oscar-winning documentary over the next five nights, and uninterrupted on Friday: