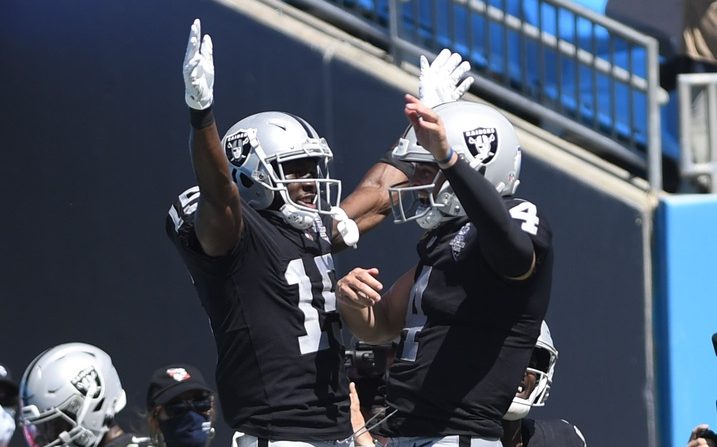 I wouldn’t have imagined that there would be a ton of demand for this Monday’s Saints-Raiders matchup, but apparently, ESPN feels differently.

In honor of the 50th birthday of Monday Night Football, and the first Raiders game at Allegiant Stadium in Las Vegas, ESPN will air the game across *four* networks, giving it the Megacast treatment. Two of those networks, ESPN and ESPN Deportes, typically air MNF each week. The ESPN broadcast will also be simulcast on ABC, while the ESPN2 broadcast is the true “alternative” telecast.

That ESPN2 broadcast will feature both Rece Davis and Kirk Herbstreit, who will engage in “a free-flowing conversation with various guests, from a wide variety of backgrounds.” From ESPN’s release, it does seem like the game will be in the background during this broadcast, as there will be multiple windows open on the screen.

The MegaCast presentation on ESPN2 will feature Rece Davis, from ESPN’s studios in Bristol, Ct., and Kirk Herbstreit, from his home in Nashville, Tenn., in a virtual atmosphere. The duo will host a free-flowing conversation with various guests, from a wide spectrum of backgrounds, who will drop in and out throughout the game. The viewer experience will be multi-boxed, with the game, Davis, Herbstreit and guests appearing on the screen while conversation surrounding the game will serve as the audio. NFL dignitaries, current and former players, famous Raiders fans, celebrities, musicians and more are expected to drop in throughout the night. The presentation will touch on a variety of topics, including those on and off the field, and will include interactive fan polling to add to the virtual event.

And in a flashback to 2018 and the first few weeks of the 2019 season, ESPN is bringing back a halftime musical performance (The Killers, in case you were curious).

The game being simulcast on ABC is the headline takeaway (that we already knew about) to me, if only because it seemingly guarantees a substantial viewership increase (despite that increase being a pretty easy reach from last year’s Browns-Jets matchup, which drew 11.8 million viewers) for MNF in Week 2. It will also be interesting to see what exactly the viewership split between ESPN and ABC is, especially given the long-running rumblings about ESPN’s reported desire to move MNF back to ABC. You can see some of the benefits of simulcasting on ABC through the NFL Draft over the last two years and ESPN’s lone NFL Wild Card playoff game.

As for the Megacast itself, could it return for more MNF games? I’d say no, if only because of the presence of Dancing with the Stars on ABC Mondays (with next week’s episode being bumped to Tuesday because of the simulcast). The Week 2 has a couple of decent hooks (the MNF anniversary, the debut game of the new stadium), but what could possibly be the justification for Megacasting a game like Bears-Rams in Week 7 aside from “hey, we want more people to watch this”? It makes sense for ESPN to Megacast some games (especially if there’s a week where DWTS is off) with an ABC simulcast, but on a week by week basis, it just seems like it will ruin the specialness of the Megacast format.