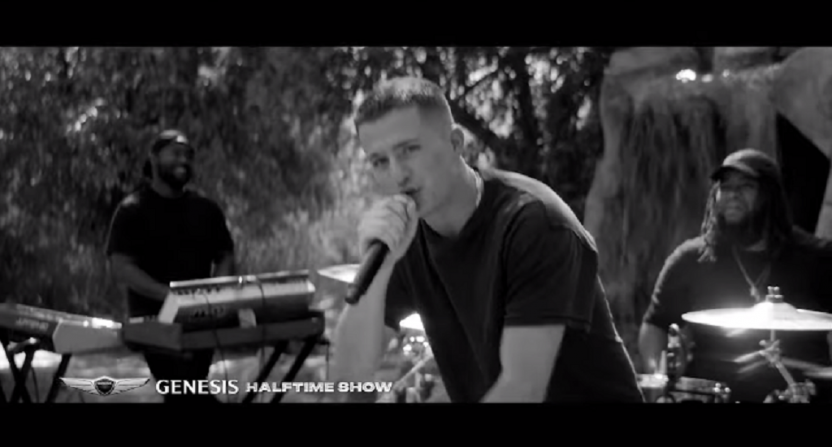 In a move that is unlikely to draw complaints from Monday Night Football viewers, ESPN will no longer show musical segments during the Genesis Halftime Show, according to Anthony Crupi of AdAge.

Sad news for this guy and other Genesis Halftime Show superfans, as ESPN has decided to pull the plug on the musical interlude. We'll have more on this, the Day the Music Died, in a few minutes… https://t.co/nYWZxkdnoW

Here’s more from Crupi at AdAge:

ESPN has pulled the plug on the musical component of its Genesis Halftime Show, swapping out the performance segment for a more traditional interval of chalk talk and game analysis.

“Monday Night Football” viewers will be made aware of the format change starting with tonight’s telecast. The dialed-down halftime show will feature an expanded breakdown of the action in the Dolphins-Steelers game, as well as a roundup of breaking news from across the league served up by Senior NFL Insider Adam Schefter.

ESPN did not offer a very detailed rationale for ditching the weekly musical element, saying only that network higher-ups had “decided that using halftime for more news and analysis was ultimately the best way to serve our NFL fans.”

Crupi adds that while the musical segments will be pulled, Genesis will remain the halftime show sponsor through the end of the season. ESPN introduced the Genesis Halftime Show in 2018, with their main selling points being the music and no commercial breaks.

For most MNF viewers, the response to the musical segment being pulled is likely “Finally,” or, “What took so long?”

If it had been an actual live music performance each time or something a bit more substantial, perhaps it would’ve served a purpose (and not everyone watching is a football junkie). But the musical interlude felt so out of place, featuring a brief music video from a random artist each week. A couple of recent examples:

Naturally, the musical portion led to many complaints and mocking on social media, even hours before it happens (these two people will be happy to know there’s no music performance for the Steelers-Dolphins game after all).

Steelers/Dolphins and the genesis halftime show. Doesn’t get any better than this folks

So, the decision to replace a brief, weird musical segment with more football news and analysis during *Monday Night Football* will likely be applauded by viewers.

Well, except for people that enjoyed hate-watching it.

the best part about MNF was seeing how awful the Genesis Halftime Show gets week after week & ESPN just cancels it??