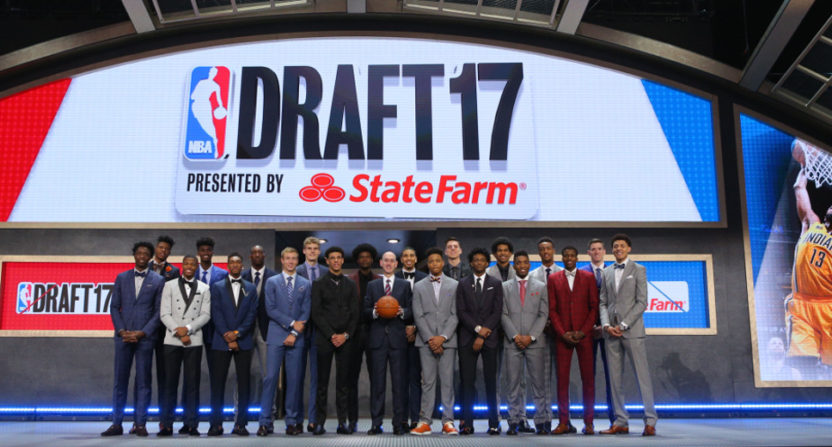 Forthcoming streaming service ESPN+ is set to launch later this month or early in April, and it’s going to have significant live sports rights. But another selling point for the service isn’t about live sports at all, but about other programming.

While ESPN+ won’t initially offer access to ESPN’s linear channels, it will host the entire 30 for 30 library.  And with the upcoming Disney streaming service (set to launch later this year), there’s been talk about the company creating significant original programming specifically for that service, from a Star Wars series to other TV series and streaming-exclusive movies, and it now seems like they’re going to be investing in some original programming for ESPN+ as well. The first one there will be a documentary series covering some top NBA rookies in the lead-up to and then throughout the 2017-18 season, as Variety‘s Daniel Holloway writes:

The sports media giant has ordered an untitled documentary series that will follow select members of the NBA’s 2017-18 rookie class as they begin their professional-basketball journeys. Over eight episodes the players will be followed from their preparation for draft night through Summer League competition, training camp, and the regular season. The series is produced for ESPN by Winik Media and 441 productions, and will be exclusive to streaming service ESPN+.

“It will be really compelling, access-based programming, bringing fans closer to their favorite athletes, telling the story of the journey of adjusting to life in the NBA on the court and off the court,” said Connor Schell, executive vice president of content for ESPN. “I love being able to do storytelling like that and have it be at people’s fingertips.”

The series is the first for ESPN+ to get an official greenlight publicly from the sports-media giant, though several more are in the works. Kobe Bryant last week in an appearance on “Jimmy Kimmel Live” discussed his new series, “Detail,” which will also be an ESPN+ exclusive.

Well, hey, Kobe has an Oscar now, and maybe “Detail” can give him an Emmy and push him towards true EGOT status. But this documentary following rookies is perhaps even more interesting; there aren’t any details on just who it includes yet, but there are lots of notable names in that rookie class, from Markelle Fultz to Lonzo Ball to Jayson Tatum. And it’s interesting that this comes from Winik Media; that company is run by Gregg Winik, who has a long history with the NBA.

…As the Emmy Award winning Executive Vice President, Programming and Executive Producer at the NBA, Winik oversaw content development and production across all media and was instrumental driving the NBA’s worldwide reach. In his business development role, Winik managed the league’s relationships with its national and local television and radio partners and presided over the creation of NBA TV, the league’s 24-hour television network and the first channel devoted to a single sport.

At NBA Entertainment, Winik served as the Executive Producer for a wide array of productions including; NBA Inside Stuff, All-Star Saturday Night, the All-Star Halftime show, and the NBA Draft.  Winik supervised NBA.com, NBA TV Broadband, as well as award winning series and specials that aired on networks including; ABC, ESPN, TNT, NBC, HBO, MTV, Nickelodeon, BET and Spike TV.

We’ll see how this one turns out, but a behind-the-scenes look at rookies preparing for the draft, competing in Summer League and then adjusting to the NBA does seem to have a fair bit of potential in general. That perhaps could be amplified even further if some big-name rookies are involved. And doing something based on rookies feels smart, both to let fans get to know relatively new players a bit better and to capture the challenges involved in adjusting to the NBA.

It’s also notable that Schell is specifically involved here and praising this; he’s been one of the most important figures at ESPN since his June promotion to oversee all of the company’s content, and was even seen as a potential internal candidate to replace John Skipper, although that job wound up going to Disney’s Jimmy Pitaro. His praise for this is significant, and he told Holloway other original content will follow on ESPN+, saying ““It’s going to give fans a deeper experience. It gives us an opportunity to do some different original programming.” We’ll see what else they have in mind, but this doesn’t sound like a bad way to kick things off.