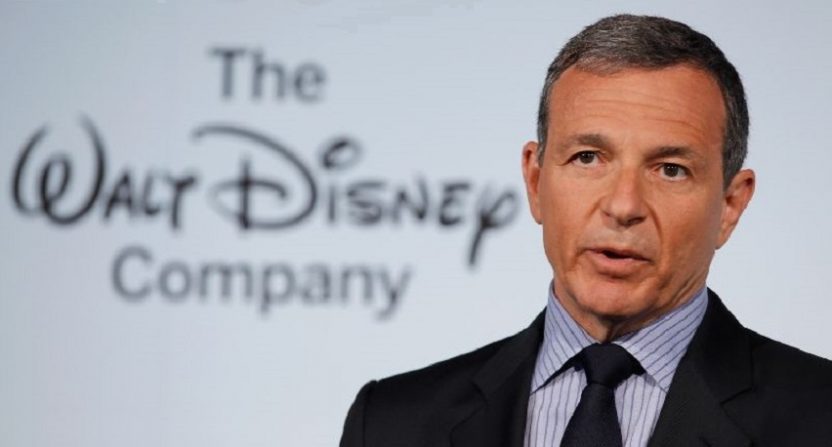 ESPN’s declining subscribers and increasing rights fees have frequently been cited as issues for parent corporation Disney and its overall stock performance, but Disney may soon be able to change that narrative and improve ESPN’s bottom line. As Miriam Gottfried writes in The Wall Street Journal, Disney’s about to begin carriage negotiations with cable provider Altice USA (their contract expires this fall), the first of numerous negotiations with cable and satellite providers for carriage of the company’s networks. And research firm MoffettNathanson thinks Disney has the leverage to further raise its annual price increases, boost its minimum penetration thresholds to regain subscribers, or both, which could dramatically improve ESPN’s bottom line:

Assuming Disney already increases the prices it charges cable and satellite companies for ESPN by 5% a year, bumping that up to 6% as it signs new deals would boost fee revenue by 4% a year to $12.56 billion from 2016 to 2022, MoffettNathanson estimates. This assumes its subscriber base declines at a compound annual rate of 2%. If Disney can use minimum penetration guarantees to add back 2.5 million of the subscribers it lost to skinny bundles, it could get an additional $400 million in fee revenue over the period, the firm says.

There may be other levers at Disney’s disposal, including the August 2019 launch of the ACC Network for which ESPN will split the profits with the Atlantic Coast Conference. Another is Disney’s planned streaming service with BAMTech, which will feature sports that don’t appear on ESPN’s TV channels. If all of this goes in Disney’s favor, its compound annual growth rate for domestic cable revenue from affiliate fees would be 6%, MoffettNathanson estimates.

Bears may argue Disney lacks the leverage to negotiate such terms. But pay-TV providers themselves are projecting programming costs will rise, and it is highly unlikely that any would risk dropping ESPN. Moreover, Disney negotiates for all of its networks at once, so if ESPN looks expensive, distributors may still be getting ABC relatively cheaply.

That last paragraph is perhaps particularly interesting, as it illustrates an undercovered element of the ESPN financial story; the network’s an important part of the much larger Disney empire, but it’s still only one part. And while an isolated bottom-line scenario would say Disney gets the same result from a dollar made at ESPN as at ABC, the world isn’t an isolated system. For one thing, even if the dollars were an exact tradeoff, there’s the perception element to consider; all the negativity about ESPN has been weighing down Disney’s stock, so a win for ESPN at the expense of ABC might be better for the overall company even if the dollars were exactly the same.

And the reality is that those dollars are probably not the same. As Gottfried’s piece notes, it’s quite unlikely any distributor would drop ESPN altogether in a carriage dispute given the still-strong demand for it, so Disney may have more leverage for a higher price hike (and/or boosted penetration thresholds) there that they don’t have with ABC or other networks. Keep in mind the reported decreased internal emphasis on the likes of ESPNews and ESPN Classic, too; Disney could hike up the price, threshold or both for the main ESPN network, but give distributors a break on those smaller channels as part of the negotiations, and that would probably work out decently for the company overall (those smaller channels aren’t highly-watched, so deemphasizing them isn’t necessarily a big loss, and getting more subscribers to ESPN back not only helps with per-subscriber fees, it also likely helps with ratings, and thus, with ad revenue).

As those notes from MoffettNathanson point out, these negotiations could be vital for ESPN’s future. The last big round of negotiations came in 2012, where ESPN lowered its required penetration thresholds in exchange for a big per-subscriber fee boost; that made some sense at the time, but the increasing numbers of skinny bundle options that have sprouted since then have made it easier for people to get pay TV without ESPN (MoffettNathanson estimates they have 89 per cent penetration across pay TV now, a six-point drop since 2013). These will be the first negotiations under the new ecosystem, and they could be a chance to raise that penetration threshold again. They’ll also be the first talks with ESPN’s giant NBA, NFL and College Football Playoff deals factored in, something they’ll surely use to try and justify a significant rate increase. And the Disney empire having all of its networks in the same negotiation is helpful, too, allowing for a lot of potential tradeoffs that could aid ESPN. We’ll see how this goes, but these negotiations may play a significant role in what’s next for the Worldwide Leader.