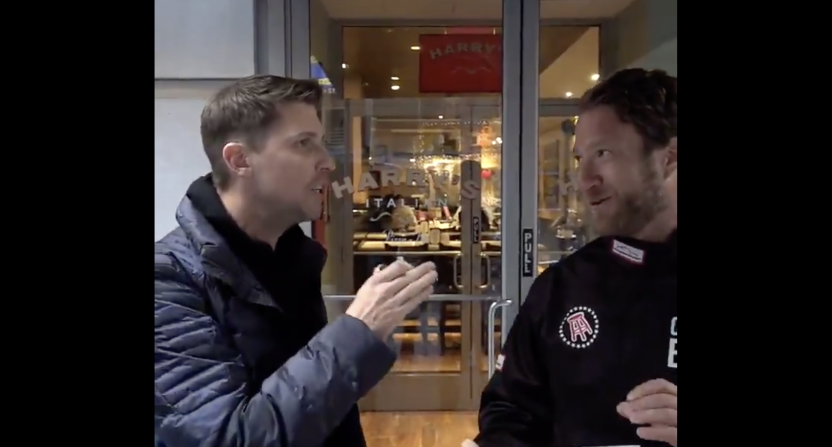 Thanks to a media partnership made over the offseason, Barstool has been heavy into NASCAR content this season. So far, the site has had multiple drivers on their various platforms and Barstool president Dave Portnoy made the trip to Daytona for this past weekend’s race.

It’s an attempt by NASCAR to draw younger fans to the sport and reverse the trend of an aging fanbase. After initial gains in overnight ratings, Daytona 500 viewership ended up slightly down in 2019 compared to an already record low 2018. Despite that, ratings in the Boston market were up 35 percent over last year, and while there’s no way to prove the Barstool partnership was a major influencer here, it’s realistic to believe that their involvement was at least somewhat responsible for the gains in the market.

Portnoy seemed to love the race and wasn’t afraid to show how accommodating NASCAR officials were compared to NFL officials at the Super Bowl. In an interview with Daytona 500 winner Denny Hamlin, Portnoy revealed that in addition to him going to Talladega and the Bristol night race later this season, Barstool might be sponsoring a car for both those races.

This wouldn’t be the first time that Barstool has sponsored a NASCAR stock car. They were an associate sponsor for Chris Buescher’s #37 the last two seasons when Natty Light sponsored the car in Las Vegas. Portnoy didn’t say which driver they would sponsor, but it doesn’t seem like it would be Hamlin since he said they would be “future potential competitors.”