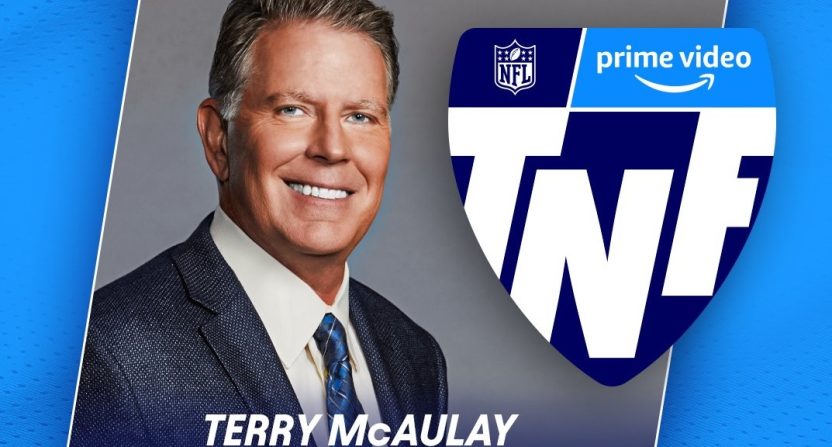 Throughout all of the Prime Video announcements about Thursday Night Football game talent, we never noticed that a rules analyst had never been announced.

Well, that issue was taken care of on Wednesday. Amazon announced that NBC’s Terry McAulay would serve as the company’s rules analyst on TNF.

Thrilled to join Al, Kirk, Kaylee and the entire #TNFonPrime team on what promises to be an incredible inaugural season for @NFLonPrime! https://t.co/hUCu9hKN6M

McAulay has been at NBC since 2018, and will continue on in that role this season.

As a rules analyst, McAulay doesn’t really stand out, which is what you want in a rules analyst (SEE: Carey, Mike). Hiring a new analyst probably would have been somewhat difficult, given that there aren’t all that many out there. Hiring McAulay and sharing him with NBC seems like a smart move, and it gives TNF the rules analyst it needed heading into the season.