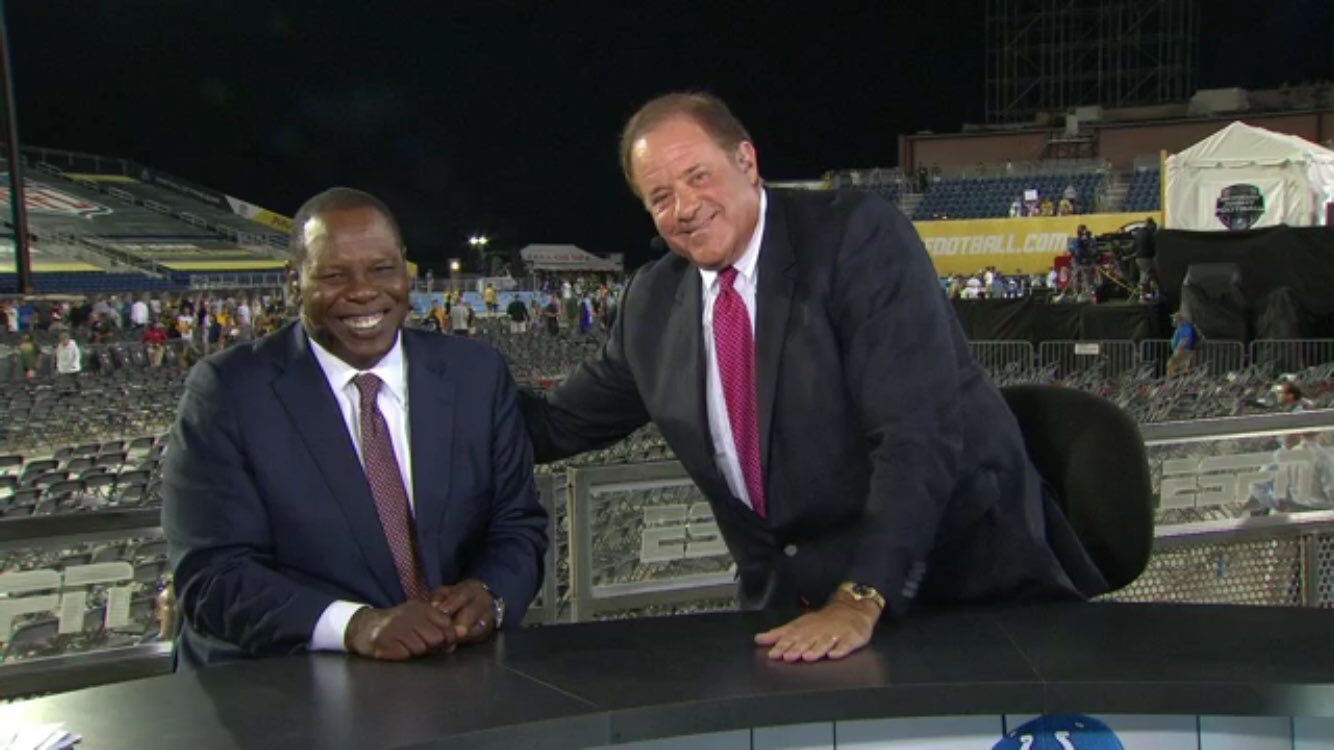 Saturday night’s Pro Football Hall of Fame Enshrinement Ceremony was the final ESPN assignment for Tom Jackson. In a broadcast career that spanned four decades and 29 years total, Jackson has been a constant on ESPN’s NFL coverage dating back to when the Worldwide Leader first obtained the rights to the NFL in 1987, whether he was on the network’s pregame show, NFL PrimeTime, Super Bowl coverage or the Hall of Fame Enshrinement Ceremony.

That now changes as Jackson leaves ESPN and won’t be seen on Sunday NFL Countdown or Monday Night Countdown anymore. Throughout his tenure, Jackson joined Chris Berman. But now, that era is over. The end was recognized during ESPN’s Hall of Fame Enshrinement broadcast as they talked about his audition for his job 29 years ago, Berman discussed his affection for Jackson and then they tossed to SportsCenter:

You can see the genuine love Berman and Jackson have for each other as both of them knew their time on the air together was over. It truly is an of era at ESPN and we may not see an analyst who works for 29 years at one network.