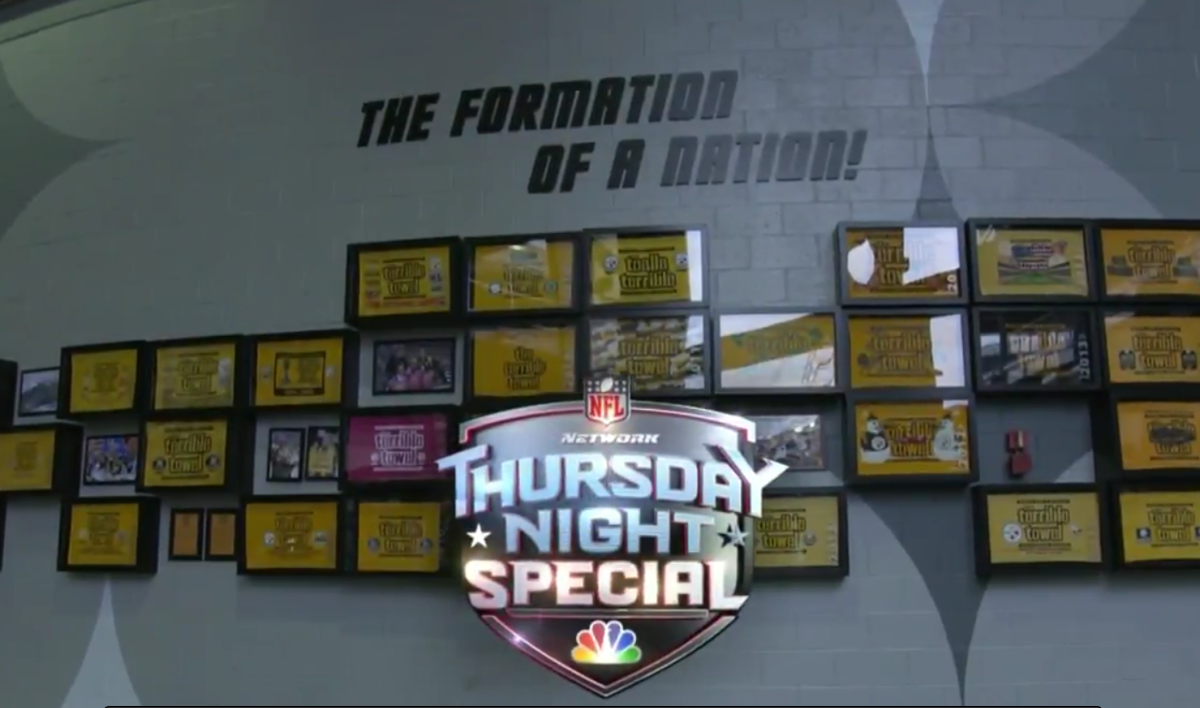 The most recent one this year is particularly funny, though, as the decision to move most of the slate of games to Saturday (Christmas Eve instead of Christmas Day) meant that there were three games labelled Thursday Night Football this past week: Giants-Eagles on Thursday, Texans-Bengals on Saturday, and Ravens-Steelers Sunday. Sunday’s branding was especially incongruous, as they not only used the Thursday Night Football graphics, but referenced that name several times on the air during the Ravens-Steelers broadcast. Here’s one example:

Here are some looks at the Thursday Night Football graphics used:

Even the post-game show was a “Thursday Night Special”:

Funnily enough, this is the reverse of what happened earlier this year to the Steelers, where they played a Sunday Night Football game on Thanksgiving Thursday:

Celebrate Thanksgiving Pittsburgh-style when the @Steelers meet the Colts for Thursday Night Football on #WPXI!https://t.co/7F6nCCzBqH pic.twitter.com/nwLP9J6LLX

Despite this being a long-running tradition at this point, there are still plenty of people annoyed with the NFL ignoring the days of the week in favor of their broadcast branding. Here are some real tweets from real people not thrilled about Sunday’s edition of Thursday Night Football:

This would be a great game for a Saturday or Sunday. Too bad it is being played on a Thursday, evidently.

most irritating part about the steeler game: the marketing as thursday night football.

WHY DO THEY KEEP CALLING THIS GAME THURSDAY NIGHT FOOTBALL??

.@nflnetwork I mean seriously? For real you guys were too lazy to change the graphic from Thursday night football??? For the whole game???

So have we figured out why the NFL still calls it Thursday Night Football when it's Saturday or Sunday?

It is dumb with these Thursday night specials on Sat and Sun etc. Dumb https://t.co/FIVrGVLzBY

There were some great takes on what might be next, too:

This illustrates how dumb this move is. Granted, they couldn’t exactly use the Sunday Night Football label (as that game, Denver-Kansas City, was still happening on NBC later), and they can’t just call it a Sunday Night Football doubleheader (while Ravens-Steelers was an NBC production, it was only aired on NFL Network), but still, Thursday Night Football on Sunday feels remarkably silly. It’s an attempt to emphasize the broadcast’s branding, but the day of the week is probably a little more important than your branding. People will figure out which network it is by the announcers and on-screen graphics; you don’t need to keep telling them it’s the wrong day of the week. Just call it “The NFL on NFL Network,” or something else less stupid than this, and get the scheduling geniuses a calendar.