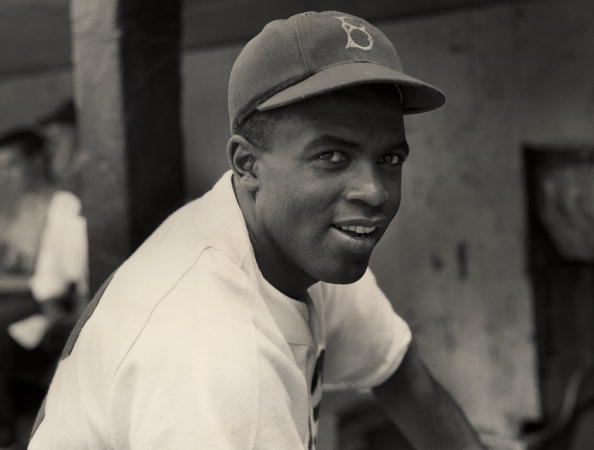 “If I had a room jammed with trophies and awards, and a child of mine came to me and asked what I had done in defence of black people, and I had to tell that child that I had kept quiet, I would have to mark myself a total failure at the whole business of living.”

Ken Burns’ four-hour Jackie Robinson documentary begins with this quote from the baseball legend and civil rights leader. Actor Jamie Foxx provides the voice for every quote directly from Robinson, presenting a nice contrast from the deep, authoritative tones of Keith David, who has narrated several Burns films and provides history with its necessary gravity.

Robinson, of course, is known as a baseball player, especially as the first black player to break the sport’s color barrier to play in the major leagues. That alone makes him a historical and civil rights icon. But some portrayals of Robinson — for instance, the 2013 film 42 — depict him as a fantastic athlete whose temperament and determination were ideally suited to the role in which he was eventually cast.

Burns (along with Sarah Burns and David McMahon) puts that aside right away, establishing that crusading for civil rights and fighting for equality was a vital part of who Robinson was. Not just during and after his baseball playing days were over, but early in his life. Perhaps it was destiny that Robinson was the one to break barriers in baseball and culture, because he’d been fighting that battle and refused to settle for secondary treatment since a very young age.

The choice to make Barack Obama the first person to comment on Robinson’s impact was a powerful one. Who better to comment on a black man challenging prejudice and narrow thinking, who provided inspiration to children and young men, than the first black man to become President of the United States. It’s a powerful statement, demonstrating how far our culture has come since Robinson debuted with the Brooklyn Dodgers in 1947, how his important and revolutionary actions have resonated through history.

To emphasize the environment in which Robinson grew up in Georgia under Jim Crow segregation laws, Burns shows a haunting photo of two black people being hung from a bridge, as dozens of their contemporaries stand over the horror of what’s been perpetrated.

Like most blacks in the South, Robinson’s father worked as a sharecropper and farmhand. But his wife pushed him to demand a share of the profits from the plantation owner, rather than settle for the meager salary they received. Unfortunately, more money and success compelled Robinson’s father to abandon his family when Jackie was just six months old. Robinson’s mother, Mallie, was blamed for pushing her husband to demand more.

Mallie then made the decision to move her family out to Los Angeles, where her brother lived. Yet even if more opportunity was available in Pasadena (and Mallie made enough money to eventually buy a house), escaping the South didn’t mean that black people still didn’t face intense prejudice and segregation. Robinson’s mother refused to move despite her white neighbors trying to get her to do so. (At one point, she has a cross burned into her front lawn.)

As described by David, Robinson was “an impatient, strong-willed and sharp-tongued competitor” on the baseball field who often had to walk away from insults and threats for the greater good of demonstrating that he was better than those who persecuted and denounced him. But he hardly turned the other cheek when confronted with racism as a young boy. His daughter recounts Robinson yelling right back at a white girl across the street who insults him. And when the girl’s father threw rocks at Jackie, he threw them back at the man.

Jackie Robinson threw the rocks back. It’s a simple sentence, yet one that means so much, that explains so much (as does the photo of a defiant young Jackie), and David’s narration emphasizes the point.

Athletics gave Robinson and his brother Mack the best rocks to throw, providing the opportunity to progress beyond stifling racism and persecution. In school, Robinson’s classmates shared their lunches with him if he agreed to play on their baseball team. (Mack earned a spot on the 1936 U.S. Olympic track and field team alongside Jesse Owens.)

As he grew up, his athletic talents afforded him a chance to attend college where he excelled in four sports and his reputation soon preceded him. (One amusing anecdote: a Stanford alumnus offered to pay Robinson’s full tuition for four years if he went to a school that did not play the Cardinal.) The footage of Robinson playing football at UCLA, zooming past defensive players, is amazing.

Of course, that didn’t keep Robinson from encountering racism and mistreatment. Opposing white basketball players threw punches at him. Police officers arrested him simply for singing while walking on the sidewalk or sitting in a car on the street. Robinson describes having a gun pointed into his stomach and how it terrified him. Foxx gives voice to that fear.

Yet as the first part of this documentary continually explains and demonstrates, Robinson did not back down and refused to be marginalized as a second-class citizen. At a movie theater, he moved down from the segregated balcony to the main floor. At diners, he wouldn’t leave until he was served. In the Army, he refused to go to the back of a bus on a military base when a driver asked him to. (He faced a court-martial for those actions.)

Robinson was a proud black man. His wife, Rachel, explains that one of the things that drew her to him was that he was not ashamed of his color. (She was strong as well, sending an engagement ring back to him when he was in the Army to show that he couldn’t tell her what to do. Robinson was jealous over the possibility that she would join the Army as a nurse and fraternize with other cadets.)

Hey, what about baseball? We’re getting to that. Robinson left UCLA before graduating, having lost interest in his studies once his athletic eligibility expired and needing to work to support his family. The success of boxers Joe Louis and Jack Johnson demonstrated that professional sports success was attainable for black people. But as we know, baseball prohibited African Americans from playing in the major leagues. That discrimination was something that greatly troubled Branch Rickey, visionary president and general manager of the Brooklyn Dodgers.

The rest is history? Isn’t that how the saying goes? But no, there is so much more story to tell, more than the narrative we’re already familiar with in Robinson’s breakthrough to the major leagues. Burns digs deep into that larger history, which he’s done throughout his entire filmmaking career. And that history cannot be recounted without addressing race in this country.

Robinson’s story is a rich, complex one that absolutely deserves the longform documentary treatment it’s getting here. Burns can explore Robinson as a man, as a person, not just a symbol — though he’s unquestionably an iconic historical figure — and part one of this documentary accomplishes that.