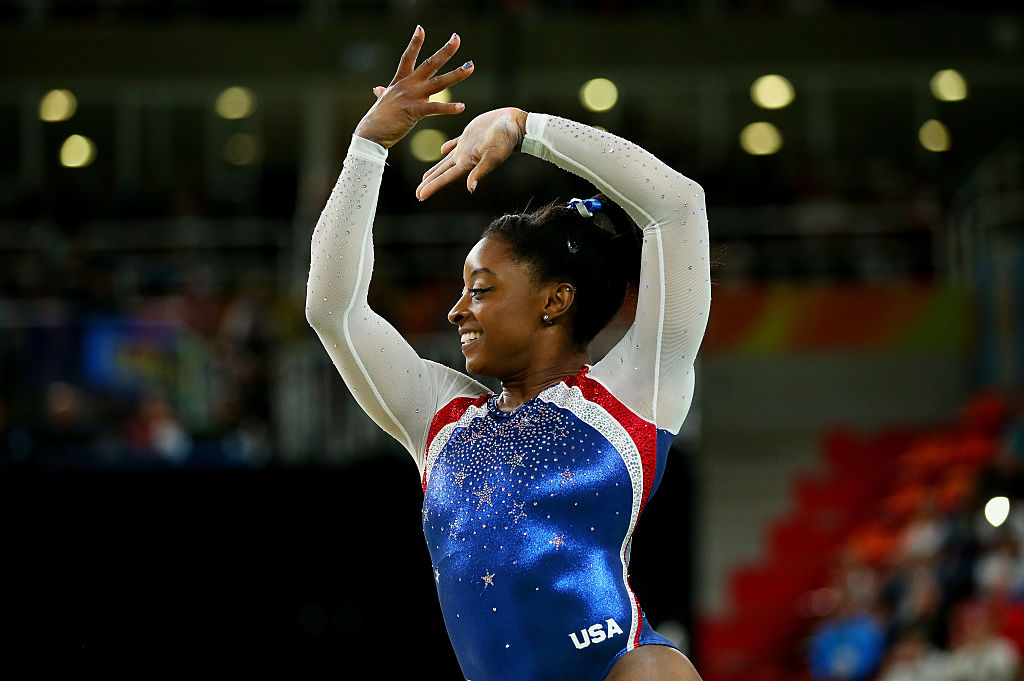 No production of a sporting event gets as much scrutiny as NBC’s coverage of the Olympics.  As we talked about this weekend, it’s the only event that can consistently come close to the NFL’s stratosphere in television viewership.  Even when ratings are down for Rio from where they were in London.  And with that kind of audience, and NBC’s stick-to-it-iveness in turning the Olympics into a two-week made-for-TV miniseries drama, the quality and quantity of their coverage is going to be under an intense microscope.

This year NBC has faced more questions of their editorial decisions than usual.  (And this is compared to past years when the hashtag #NBCfail was a thing.)  There have been some notable missteps from announcers, like Al Trautwig’s strange controversy with Simone Biles’ adoptive parents.  NBC has also been heavily criticized for their coverage being too sexist and too centered around only the American athletes.  Then there was the stereotypical-NBC decision to tape delay broadcast of the opening ceremony by one solitary hour, just to add “commentary” and “context” that was widely mocked and turned into jokes about Djibouti.  And when anyone complains about NBC tape delaying the broadcasts, especially on the west coast, the response from NBC executives has been “move back east.”

With all this surrounding NBC’s coverage, NBC Sports Chairman Mark Lazarus answered some of those criticisms in a Q&A with Richard Deitsch at Sports Illustrated.  Naturally, he defended NBC’s live vs tape delay strategy by pointing to the fact that every event is available live online.

We have talked about it and in some cases we have done it. We are doing it with the men’s and women’s basketball finals—we will go live across the country. But our belief is that to make the programming available when most people are available, which is primetime in their time zone. By streaming events we take care of the passionate fan who wants to see it as it happening. What is bearing out for us, is our two highest-rated time zones are the Mountain and Western time zones. Those people are the ones who are delayed and they are over-indexing the national (viewership) average when it comes to ratings.

Lazarus is correct that NBC does make the live option available to the hardcore Olympic fans who want it online.  Let’s make this clear first – this is a great, great, great thing for fans of the Olympics.  This is a viewing option that was not available eight years ago and the streams are much improved from London 2012 when buffering and bandwidth issues caused many of them to break down.

However, the streams can’t match the television experience.  If you’re watching obscure sports you might not even get announcers from the world feed.  Olympic fans already voiced four years ago that they wanted live and tape delay coverage for the biggest events.  Why can’t NBC give it to us if they’re already streaming it?  With all of the channels at NBC Universal’s disposal (granted their are many more Summer Olympics events versus the Winter Olympics), it’s really hard to believe why they can’t air something like the gymnastics competition live on one of the cable channels.  The resistance to doing so this year is especially odd considering that’s exactly what they did with figure skating coverage in Sochi – and it was a huge success.

All of the criticisms of NBC’s coverage really come together in their presentation of the gymnastics events.  Building up drama that may or may not be there, ignoring pretty much all of the competitors except the hand-picked narratives, and even skipping coverage all together if Americans didn’t perform well.

Lazarus responded to the criticism of the gymnastics presentation in particular.  Throughout the first week, it’s been interspersed amongst live swimming coverage, often stretching up to and past the midnight coverage window.

I don’t think so. We have shown all the relevant performers whether the U.S. or the Russians or the Brazilians. We are building our production for an American audience. Now America is made up of wide swaths of different nationalities but that is also why you can go online and stream any apparatus at any time and follow your own nation. If you happen to be in one of the Comcast X1 households, you can even get your schedule by when your nation will be performing.

NBC will always defend their primetime Olympic coverage by saying that they’re reaching out to more than just sports fans and trying to tell stories that go beyond just the athletic competition.  As much as it may frustrate those of us who know that every single other sporting event is broadcasted live in 2016, it’s a formula that has driven huge ratings for decades and probably isn’t changing anytime soon.  Need any more proof?  Here’s exactly what we wrote four years ago about the tape delays from London:

There’s a sensible answer that could serve everyone.  Air the premier live events on your cable sports network trying to get off the ground.  NBC Sports Network has been labelled the home of Team USA these Olympics, but why not make it the home of all the live events we have to see?  The actual amount of events worth complaining about in tape delay is actually relatively small – swimming, gymnastics, track, and maybe a few others.  Air those live on NBC Sports Network and direct anyone who wants to see major live events there.  Carry on with the tape delay primetime television miniseries event of the summer, but provide us with a viable live viewing option.  Sure, there are other issues like risking available highlights once an event is aired on television, but there’s already so much information out there when events happen live there are hardly any more excuses in that department.

If anything, social media and the ability to get any information we want at our fingertips has only grown in the last four years.  And truth be told, we’re only talking about a few sports here that NBC needs to offer both live and on tape delay.  And they’re already doing it by airing basketball and soccer live on cable.  So why not do it with gymnastics as well?

The decision to completely skip coverage of the men’s gymnastics all-around after Team USA did not medal was simply indefensible.  Imagine being someone who was looking forward to watching that event for four years, avoiding any online stream or spoiler, only to find out that NBC chose to cut it because it wasn’t good enough for primetime anymore.

The live offerings and streaming improvements have come a very long way for fans of the Olympics, but there’s still a very long way to go to reach a point where NBC can make fans who want it live and fans who want it in primetime equally as happy.  That fact is just as true in 2016 as it was in 2012 and we’ll be back here in the same position in 2020 as well.

"We are going to be a quarterly show, and each segment has to be about something larger than just the day’s events."

"We are going to be a quarterly show, and each segment has to be about something larger than just the day’s events."