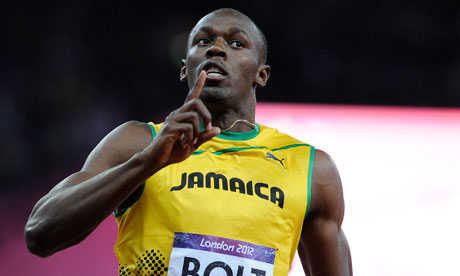 I know what you're thinking… yes, it's another post about NBC tape delaying their primetime Olympic drama series, we get it already.  Old vs new.  Social media vs traditional media.  Guy Adams vs Twitter.  Online vs cable.  Tape delay vs live.  NBC vs #NBCFail.  There isn't much to be said on this debate that has plagued the London Olympiad that hasn't been said enough times to fill an entire campaign season.  Always remember though, it's better than talking about the New York Jets.

There has been one thing missing from the debate though… ah, yes, a poll!  That unflinching beacon of rubber-stamping!  A Gallup poll asked Americans what they thought of NBC's Olympic coverage and specifically whether events should be aired live, on tape delay, or both.  The results may surprise you…

A WIDE majority of Americans (59% of total adults polled) would rather see NBC air events both live and again on tape delay in primetime.  The percentage is enormous amongst those watching a lot of the Olympics (71%), and why wouldn't it – those people by definition are going to want more Olympic coverage.  However, even a clear majority of those watching a little bit of the Olympics would rather have both options.  Further, more people would choose a live only option versus a tape delay only option.  The Gallup data also shows that about half of the population makes no special effort to either find out Olympic results before primetime or avoid them completely, while those two camps are split relatively evenly.

"The USA Today/Gallup poll makes clear that Americans as a whole would prefer that NBC air both live and taped coverage of the most popular Olympics events — and that most are not satisfied with the television coverage that is available. At the same time, the data reveal the current coverage is reaching a large majority of Americans, with 40% saying they are watching a lot of the games and another 38% saying they are watching a little, and that the majority of Americans aren't making a special effort to either get or avoid Olympics results. Further, the finding that higher-income and more-educated Americans are among the most likely to be watching a lot of the games suggest advertisers will have plenty to be pleased about."

As I've said all along, it makes too much sense not to air major events live on NBC Sports Network in the morning and afternoon and then wrap them up in the flag and give them the Rock Center treatment in primetime.  NBC is already offering every event live online, so what's the difference in offering them on cable?  Protecting highlights?  Pshaw, people are mostly ambivalent to finding out results anyways.  The good it would do the NBC brand and whatever channel those premier live events air on would far, far outweigh any risk to protecting the primetime peacock.  Think of the boost NBCSN got from yesterday's USA-Japan match alone.

There are three distinct audiences for NBC to serve here.  1) The rabid Olympic crowd that will watch open water swimming live at 7 AM ET on MSNBC if the option exists.  2) The sports fans that have to see every event as it happens and don't want to live in 1992.  3) Families that watch the Olympics as a television event exclusively in primetime and gladly take anything NBC will feed them.

All three of those audiences are still well served with a duel live-tape delay strategy.  With the growth of the Olympic brand, making those events live on cable may even help primetime network ratings grow even more.  If the duel strategy is not implemented in 2014 for the Winter Olympics in Sochi, expect Occupy 30 Rock to take full swing.