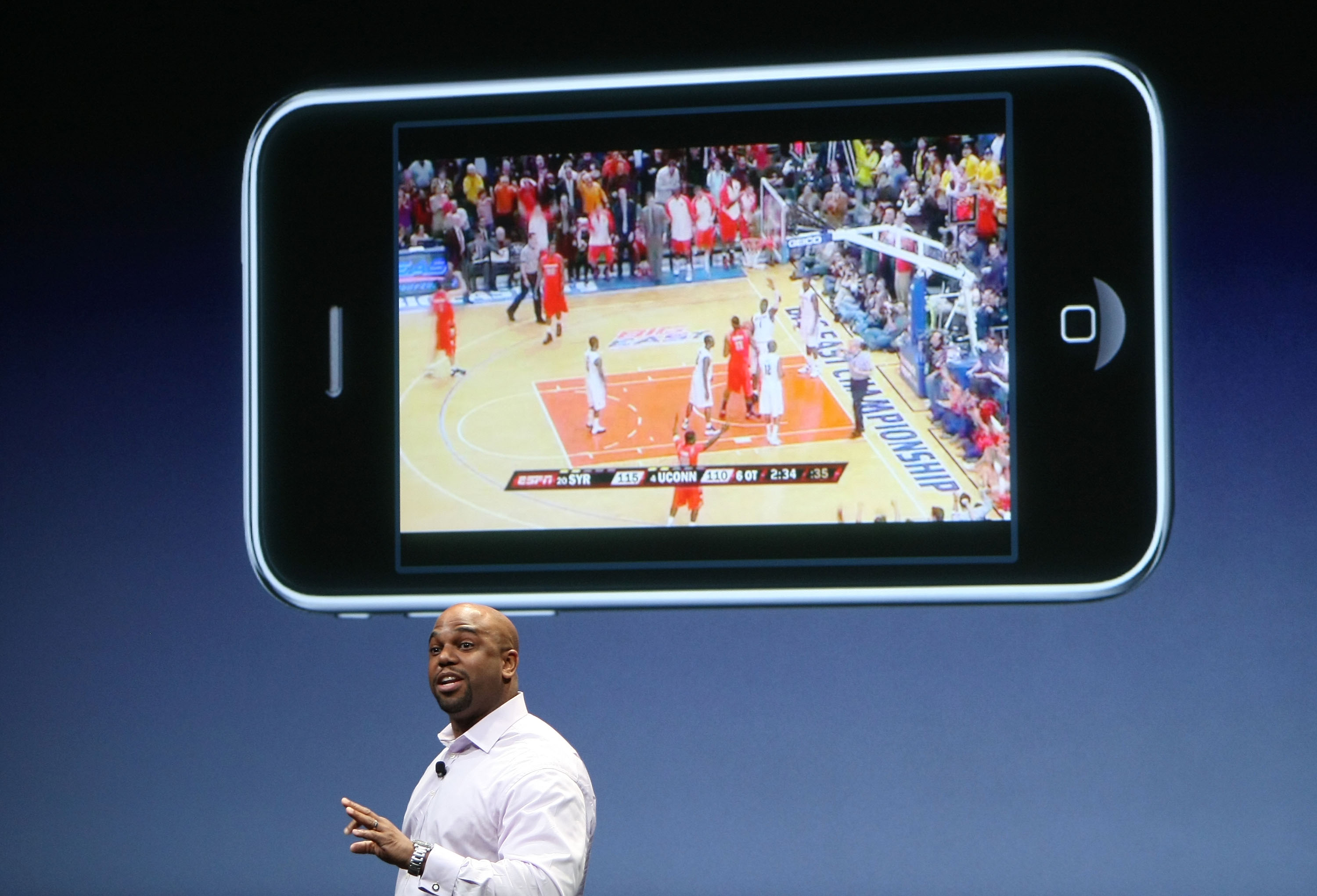 When is ESPN not ESPN? When it’s the new ESPN-branded streaming service that Disney announced it would create on Tuesday.

To be more specific, Disney announced that it has purchased 33 percent of the streaming video company BAMTech and they will create a new ESPN-branded OTT service that “will feature content provided by both BAMTech and ESPN, and include live regional, national and international sporting events.”

The key to take away from the announcement is that this is not a new way to stream ESPN. Disney was very clear in saying “current content on ESPN’s linear networks will not appear on the new subscription streaming service.” WatchESPN is still the go-to way to watch that programming online, not to mention via Sling TV and other like-minded services.

Rather, this OTT service will feature sports content that ESPN has already licensed but doesn’t broadcast through its current services.

So what kind of sports programming would that be? Disney CEO Bob Iger told analysts on a conference call that it would include baseball and hockey coverage that BAMTech already has licenses for and could add college football and basketball as well, though the specific leagues and levels that content would come from remains unknown. Later, Iger told CNBC that programming would include “a lot of college sports, college football, college basketball, they have tennis rights, they have rights to things like rugby and cricket.”

It’s a big opportunity for both Disney and sports audiences, but the question is…will it make sense?

Clearly, the decision is born out of concerns over cord-cutting and a slow-but-steady shift of viewers from cable to online streaming. And while giving those audiences a new option to watch sports online, will the offerings be enough? BAMTech already licenses some NHL and NFL content while we can expect ESPN3.com-specific content such as Australian Football, CFL, and Ultimate to migrate over as well. Still, aside from some of the bigger names, the U.S. demand for cricket and Division III college baseball is only so big and it remains to be seen just how excited people are going to get over a new service full of offerings they weren’t really searching out to begin with. Especially when they can already go to WatchESPN to watch the sports they’re more interested in.

Couple that with the fact that the channel will be branded ESPN but not actually offer any ESPN products (for now). That’s a confusion nightmare waiting to happen as some audiences could buy-in to an ESPN product expecting ESPN content and then quit as soon as they realize that’s not the case.

ESPN branding an OTT svc as ESPN despite not actually being OTT version of ESPN: genius or service/sales nightmare? https://t.co/VF9rNCFX4Z

Not to mention that Disney isn’t the only big player making this move. Turner Broadcasting bought a majority stake in streaming-video provider iStreamPlanet last year. NBC created a division called “Playmaker Media” to amplify their streaming content. And Verizon and the NBA have an OTT deal in place as well.

But perhaps the key isn’t to think that far ahead or about how to beat out the competition just yet. The whole world of OTT streaming services is nascent and corporations like Disney are just starting to figure out how to make it work for them financially. And truth be told they’re still working on it. So while this product might not sound enticing right now, if they use it as a testing ground to figure out what audiences want and are willing to pay for, it could eventually provide value.

Bob Iger seems to be thinking long-term as well. As he stares down growing concerns over ESPN cable subscriptions and market share, a new service like this could be a nimble way to pick up the slack when The Worldwide Leader lets things slip through the cracks.

“Our primary priority as a company is to work on making sure that the (pay-TV) package is healthy because it creates value for our company. “If the business model that is supporting these great media properties starts to fray in any significant way, we have the ability to pivot quickly and put out a direct-to-consumer product to potentially replace it or supplant it… It’s our hope that doesn’t happen, but this certainly puts us in a great position should it happen.”

Wall Street might not get too excited about the current potential for this OTT service to fix ESPN’s woes. But perhaps if we give it time for the service to take shape, ramp up its offerings, and figure out how to fill in the gaps that ESPN’s cable channels leave open, the future potential is there. It’s up to Disney to figure it out before someone else does.