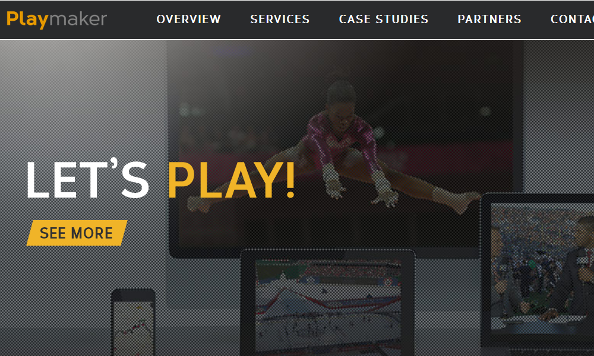 Streaming has been becoming more important for networks for some time, and now many are looking to capitalize on streaming technology itself. That’s been behind moves like Disney/ESPN eyeing Baseball Advanced Media Tech (which already powers WatchESPN, HBO Go and many other services) and Turner paying nearly $200 million for a majority stake in iStreamPlanet. Now, NBC is creating a new division called “Playmaker Media” (no, not the Australian TV studio owned by Sony, and no, Michael Irvin is not involved) that’s not only focused on the company’s own streams, but will also look to make deals with leagues for their streaming rights. Here are some of the key details, from John Ourand of Sports Business Journal:

“There’s a real business here, but it’s also strategic for us,” said Rick Cordella, NBC Sports senior vice president and general manager of digital media. “We want to keep our partners closer to us and work with them not only from a rights fee perspective but from a digital point of view, too.”

For media companies like ESPN, NBC and Turner, these moves to set up their own streaming companies are signs of how TV networks plan to approach the next round of sports rights negotiations, many of which will occur early next decade. The idea is that these networks would use their streaming services as an added deal point to convince sports leagues and conferences to cut deals with them.

“Five or 10 years ago, there wasn’t a big demand for this kind of service,” Cordella said. “I know [MLBAM] had been there. But it seems like today, everyone’s putting more content online. Everyone’s announcing an OTT initiative. We can be a partner in that.”

…NBC executives expect Playmaker’s initial clients to be properties with whom NBC already has deals. Playmaker has signed the International Olympic Committee as its first outside client to provide live streaming for its Olympic Channel, which is launching later this year. NBC will court other rights holders from leagues it does not have deals with, as well as some international clients that share similar rights in different markets, like the Olympics or English Premier League.

“Look at who we are partnered with today — that would be a likelihood of who we would have a relationship with,” Cordella said. “Internationally, look at who has [similar] rights with us: EPL, Olympic rights. We think we can step in there internationally and help them very quickly.”

Playmaker Media will utilize the experience and expertise that NBC Sports Digital has developed in its 10-plus years of live streaming some of the most-high profile events in sports, such as the Summer and Winter Olympics, the Super Bowl, Sunday Night Football – primetime television’s No. 1 show – the Stanley Cup Final, the Chase for the NASCAR Sprint Cup, the Premier League, Notre Dame Football, the Triple Crown, and many more major events.

…“The growing demand for live streaming support in the marketplace combined with our experience and expertise make this the perfect time to launch Playmaker,” said Rick Cordella, Senior Vice President & General Manager, Digital Media, NBC Sports Group. “Whether it is live streaming the biggest sporting events in the world or hosting on-demand video clips or live-event replays, our clients can expect best-in-class service that will provide their viewers with an enjoyable and seamless streaming experience.”

The International Olympic Committee (IOC) signed on as Playmaker Media’s first client, with Playmaker to provide live streaming video support for the IOC’s Olympic Channel, a global digital initiative which is expected to launch later this year.

There’s certainly some potential here, as Ourand’s story notes that BAM Tech brings in a reported $100 million in revenue annually. However, that’s revenue, not profit, and they already have far more clients than NBC does. It’s also worth noting that Ourand’s piece says this division isn’t hiring anyone new initially, but only using the same employees who have already been working on NBC’s streaming, and it’s interesting that Turner-owned iStreamPlanet is one of the partners here. We’ll see if NBC can compete to become a streaming partner for leagues, and if this extended foray into a marketplace that’s fast becoming crowded pays off for them.