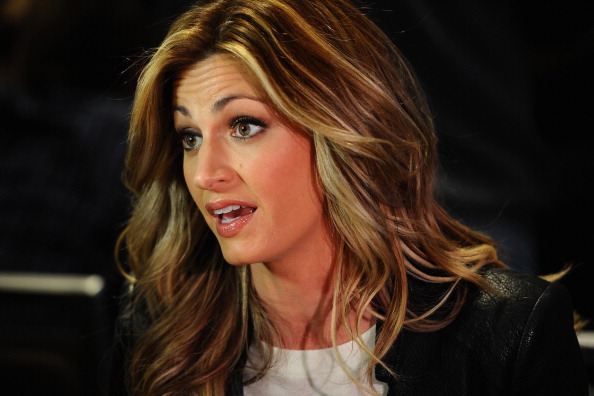 The civil lawsuit filed by Erin Andrews with regards to the stalker video that was published in 2008 has reached its conclusion, and Andrews has emerged victorious.

A Nashville jury awarded the Fox Sports reporter and Dancing with the Stars co-host $55 million in a decision reached on Monday.  Andrews had originally sued the ownership group of the Nashville Marriott where the video was recorded and stalker Michael David Barrett for $75 million.  Barrett was reportedly found liable for $28 million in damages and the hotel companies (West End Hotel Partners and Windsor Capital Group) $26 million respectively.

Erin Andrews jury split damages between the stalker – who went to jail over this – and the hotel companies – $28 and $26m respectively.

More details on the deliberations via The Tennessean:

The jury of seven women and five men deliberated for seven hours after the nine-day negligence trial. Andrews filed the lawsuit about six years ago against Michael David Barrett, a man who secretly recorded her through an altered peephole in her room at Nashville Marriott at Vanderbilt University in September 2008, and the hotel owner and operator.

A tearful Andrews hugged her lawyers, parents and then individual jurors after the decision.

Andrews sought as much as $75 million from Barrett; the hotel owner, West End Hotel Partners; and the hotel management company, Windsor Capital Group. She also sued Marriott International, but Circuit Court Judge Hamilton Gayden dismissed claims against the hotel giant in late January saying that, among other reasons, the franchisor was not responsible for security at a local hotel.

Barrett is 51 percent at fault in the case, while the hotel owner and management company are on the hook for the remaining 49 percent.

Lawyers for the hotel operator and owner told reporters they are disappointed in the jury’s decision and they had cooperated with the investigation into the nude video. No decision has been made on whether to appeal.

Andrews tweeted this statement about the decision:

The Andrews trial has been marked by a number of newsworthy, and quite frankly, stunning moments as much of it has played out in public over the last two weeks.

First there was Andrews’ testimony where she revealed that ESPN wanted her to do a television interview before she could return to the airwaves and confirm that it wasn’t a publicity stunt.  Then there was the skin-crawling argument from the defense that the video didn’t hurt Andrews’ career.  Finally, the bizarre event where the video was reportedly played at a Marriott ownership representative’s table during the trial.

As painful as an experience as this must have been for Andrews to relive this nightmare, hopefully the jury’s decision today brings some semblance of closure and justice has been done.