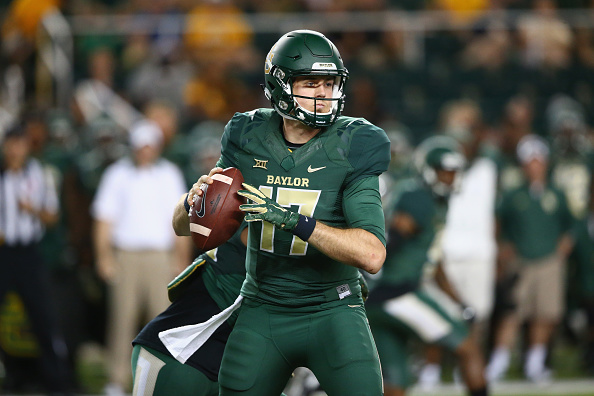 For those of you who despise Fox Sports experimenting with their coverage, I’ve got some bad news for you. Fox will continue to go out of the box this weekend for their broadcast of the Rice-Baylor matchup, leaving only play-by-play announcer Brendan Burke in the booth while analysts Brian Baldinger and Ben Leber will take up residence on the sidelines.

According to Fox, Leber will be focusing on the defensive strategies from both teams, while Baldinger focuses on the offensive strategies. The crew will be joined by Christian Steckel, working in a more traditional role as sideline reporter.

Here’s how Fox explained the logic behind this move.

Analyzing offensive and defensive approaches from the sidelines is an opportunity to give viewers a better feel for coaches’ strategies, tactics, and play-calling than they get from a typical college football telecast.

This broadcast isn’t a full national one, like the Western Kentucky-Louisiana Tech game from a couple of weeks ago that Fox called from the studio. And while a game involving a highly-ranked team like Baylor is perhaps not the ideal choice to experiment with new features, at least the game isn’t going to be aired in just about every home with cable in the country.

I have a nagging feeling that the reaction to this move from Fox isn’t going to be all that positive from sports fans, but we’ll see – maybe it’ll end up working out. Personally, I don’t think that having the analysts at field level will work out too well – there’s a pretty large chance they’ll end up missing some of the action because of bad angles and the sheer volume of people on the sidelines.