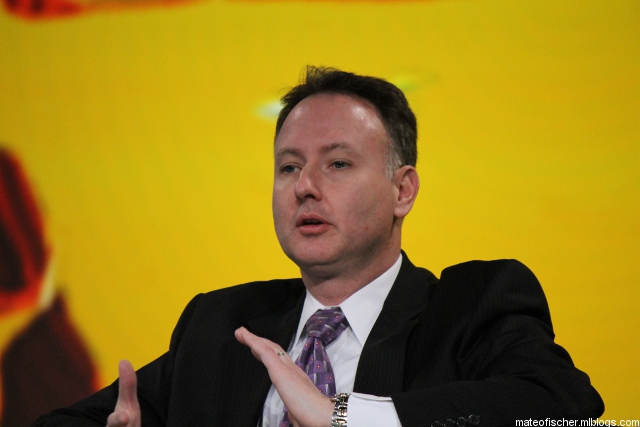 Advanced statistics have become a crucial part of many sports over the last few years, and they’re starting to make that breakthrough in media coverage of sports as well. However, mainstream football coverage (and NFL coverage in particular) has perhaps been the most resistant to fully embracing advanced stats. There have been little advances here and there in NFL coverage, such as ESPN spotlighting the work of Football Outsiders, Cris Collinsworth buying a stake in Pro Football Focus (which Sports Illustrated and other mainstream outlets regularly cite), and The New York Times regularly discussing the numbers that apply to key coaching decisions such as fourth-down gambles, and it would be inaccurate to say that other sports haven’t seen pushback as well, but by and large, mainstream NFL coverage still seems like the final frontier for advanced stats.

That could be about to change, as ESPN made a big hiring Thursday, adding Advanced Football Analytics founder Brian Burke (no, not the Calgary Flames’ president of hockey operations) to the Stats and Information Group’s Analytics Team as a “senior analytics specialist.”

Burke is a well-known figure inside the football analytics community, both for what he did at his own site and for his frequent contributions elsewhere. He founded his Advanced Football Analytics site in 2007, was a big part of the NYT’s Fifth Down blog and has been of the most influential figures on fourth-down research in particular (where his model is used by the paper’s Fourth Down Bot), but he’s also developed a model for game probabilities, debunked the “tired arm” theory and come up with a Bayesian model to predict the NFL draft.

He’s a regular speaker at the Sloan Sports Analytics Conference at MIT, and he’s also supplied analytics for multiple NFL teams, NBC Sports and ESPN The Magazine. Analytics is a substantial late-career shift for Burke, a former U.S. Navy fighter pilot, but he’s shown an incredible talent for it and has become one of the go-to figures for statistical analysis of the NFL. ESPN’s addition of him would seem to suggest they’re very serious about making analytics a bigger part of their various multi-platform NFL coverage.

A key question may be how much of a presence Burke (and/or his work) receive on ESPN’s TV outlets, though. Advanced statistics have played a crucial role in baseball, basketball, and hockey over the past decade, both inside front offices and outside, and they’re starting to get there in football as well, but sports television (and game broadcasts in particular) has often lagged popular adoption. It was a long while after the publication of Moneyball that MLB broadcasts started regularly talking about on-base percentage, and they’re still largely skeptical of more complicated stats such as ultimate zone rating or wins above replacement, but baseball’s arguably made more progress there than basketball or hockey, where most of the advanced stats still aren’t even brought up on broadcasts. Judging by comments from figures like Charles Barkley, there are still plenty of analysts who have no understanding of what the advanced stats are and no desire to learn about them. That may change with leagues like the NHL starting to include advanced stats on their official webpages, but there’s still a long way to go before advanced stats are regularly discussed on television.

Cracks in the anti-stats facade on TV are starting to form, though. Then-New York Times blogger and current ESPNer Nate Silver arguably broke the ceiling for stats guys on TV during the coverage of the 2012 presidential election, and there have been numerous impressive moves since then. One of the biggest was Fox offering an alternate stats-focused “Just A Bit Outside” telecast on Fox Sports 1 during last year’s MLB playoffs. Whether it’s with a full alternate broadcast like that (something ESPN could definitely embrace during a College Football Megacast, for example, and something that would make way more sense than their initial “Title Talk” idea), or with appearances for stats guys like Burke on regular NFL broadcasts or preview/analysis shows, or even just with on-air discussions of their work and their concepts, there are plenty of ways that TV could utilize both the current advanced stats developed for football and the new ones that are sure to follow. If ESPN spotlights Burke appropriately, his hiring might be remembered as a key point in the struggle to have advanced football stats gain popular recognition.