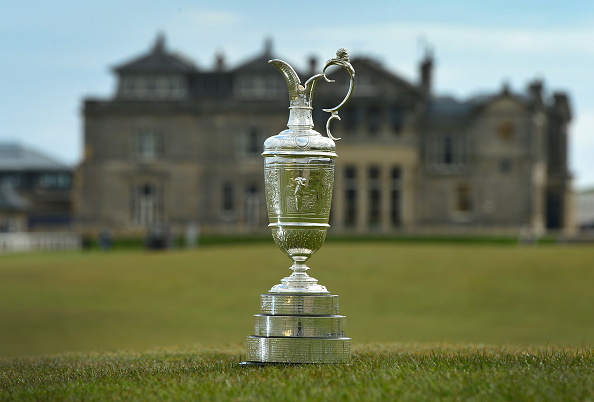 As ESPN prepares for its penultimate Open Championship at St. Andrews in Scotland, we find that the Worldwide Leader will provide some 65 hours of coverage that begins this Wednesday with the telecast of the Champion Golfers’ Challenge.

Think of it as the Open Championship’s version of the Par 3 Tournament at The Masters. In this case, former winners of The Open play four holes at St. Andrews in groups of three or four. That will hit the air at 11 a.m. ET on Wednesday.

The first two days of the Open, Thursday and Friday are where ESPN will really shine with eleven straight hours of live coverage beginning at 4 a.m. ET lasting until 3 p.m. or until the last golfer is finished.

Mike Tirico who has been in the United Kingdom for the last two weeks at Wimbledon heads north to Scotland where he will be the main announcer for the Open. He’ll be joined at the 18th tower by Paul Azinger.

Scott Van Pelt and Sean McDonough will altrrnate as studio hosts. Curtis Strange, Andy North, Bill Kratzert, Judy Rankin and Dottie Pepper round out the analysts and on-course reporters. Legendary BBC golf pundit Peter Alliss will join the ESPN telecast to call some of the action during the first two rounds and we can expect some great lines from him as usual.

ESPN will provide truncated primetime coverage with four hour replays on Thursday through Saturday from 7-11 p.m. and a three hour replay late Sunday from 10 p.m until 1 a.m. on ESPN2.

There will also be three hours of highlights on ABC on Saturday and Sunday at 3 p.m. ET.

There will be plenty of coverage of the Open for golf fans this week.