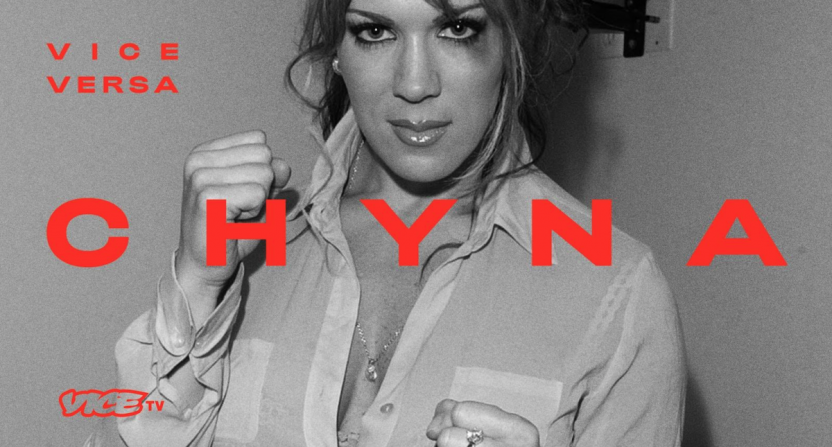 Chronicling the shadowy, real-life aspects of professional wrestling and its stars has become very good business for VICE TV. That’s best demonstrated by the success of the network’s Dark Side of the Ring docuseries, now in its third season.

So it probably shouldn’t be a surprise that VICE TV’s Vice Versa series of documentaries would eventually take a look at the troubling, yet compelling world of wrestling, as it has with previous films on HIV, Meghan Markle, Elon Musk’s SpaceX program, and sneaker culture spawned by Air Jordans.

Vice Versa: Chyna follows the life and career of Chyna (real name, Joanie Laurer), who became a huge star during the late-1990s “Attitude Era” of the then-WWF. During a time when female wrestlers weren’t as popular as they are now, “The Ninth Wonder of the World” competed against men in the ring, facing performers such as Jeff Jarrett, Triple H, Kurt Angle, and Chris Jericho. She also participated in marquee events such as the Royal Rumble and King of the Ring.

Take a look at the trailer for the two-hour documentary:

Vice Versa: Chyna is not affiliated with the Dark Side series. Yet based on the documentary’s trailer, it appears to fit in comfortably with those stories. Whether or not the narrative reveals more about the business of wrestling or focuses more on the downfall of Joanie Lawler, the person, rather than the persona of Chyna, will be seen when the film premieres on VICE TV Thursday, June 17 at 9 p.m. ET.

Related: “Every story is a puzzle to figure out”: Dark Side of the Ring’s Evan Husney, Jason Eisener discuss Season 3

Chyna’s wrestling popularity expanded into pop culture, leading to regular appearances on The Howard Stern Show and guest-starring roles on TV programs including 3rd Rock From the Sun, Fear Factor, and The Surreal Life. She also infamously posed nude for Playboy, which led to a stint in adult films after her professional wrestling career fizzled out. Her 2001 memoir, If Only They Knew, made the New York Times‘ best-seller list.

Believing she could be successful with an acting career and pay-per-view performer, Chyna left WWE in a pay dispute. But entertainment opportunities didn’t develop and she didn’t experience the same popularity with New Japan Pro-Wrestling and TNA (Total Nonstop Action) Wrestling while struggling with substance abuse.

Laurer’s story reached a tragic end when she died due to a drug overdose in 2016. She was only 46 years old. Her brain was donated to researcher Dr. Bennet Omalu (famously portrayed by Will Smith in the film Concussion) to determine if she suffered from CTE. Unfortunately, Laurer’s brain was already decomposed when she was found, making a definitive CTE diagnosis impossible.