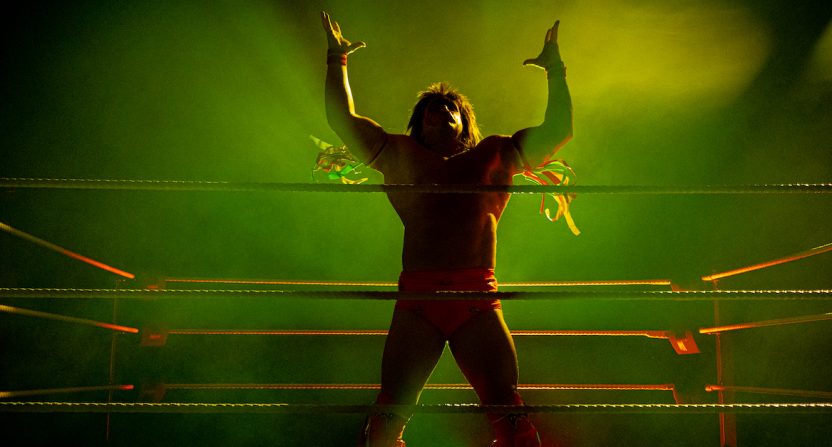 VICE TV’s Dark Side of the Ring returns for a third season this week (May 6) with an ambitious campaign looking to capitalize on the popularity of the professional wrestling docuseries.

Season 3 will consist of 14 episodes, almost as many as the first two seasons combined. (Season 1 was six episodes and there were 10 episodes produced for Season 2.) According to executive producers and co-creators Evan Husney and Jason Eisener, VICE wanted a “mega” third season. With twice the number of episodes, the season will be split into two parts beginning with the Season 3 premiere chronicling the career of Brian Pillman.

Dark Side‘s third season will take on bigger stories such as the WWF steroid trials of the mid-1990s which threatened to put the organization’s chairman, Vince McMahon, in prison. Following through on that ambition, getting the interviews necessary to tell that story properly, wouldn’t have been possible without Husney and Eisener establishing their “wrestling street cred” with the first two seasons of the show.

“I think we’re in a better position now to make that than we were then,” Husney told Awful Announcing via video call. “[The WWF steroid trials] is a story we’ve always wanted to tell. There’s a lot there; there’s a lot to research. We really needed to take our time to make sure we were doing that correctly. We’re very, very excited for that episode to come out.”

Other stories Season 3 will cover include The Ultimate Warrior, Japan’s FMW, 2002’s notorious “Plane Ride From Hell,” The Dynamite Kid, and Luna Vachon.

Yet as popular as Dark Side has been with wrestling diehards and historians, the show has been a success because of its appeal to non-wrestling fans drawn in by the tales of human struggle and tragedy behind the scenes and in the personal lives of these performers. That’s a big part of the criteria for Husney and Eisener in choosing which stories to tell, rather than familiarity or star power.

“It’s all about if the story is going to be interesting and fascinating and gripping to a non-wrestling fan,” said Husney. “Is there enough human interest, a human aspect to it? It’s not necessarily if it’s dark or if it’s tragic. It’s if there’s that human angle that transcends the world of wrestling.”

A signature feature of Dark Side of the Ring is the “re-creations” of scenes for which footage doesn’t exist. The reenactments depict private moments away from the ring, dramatize in-ring events, or create iconography for these larger-than-life figures that archival footage might not adequately capture.

Husney and Eisener have a background in filmmaking (Eisener directed 2011’s Hobo with a Shotgun and a segment of 2013’s V/H/S/2) and some of their favorite movies inspire particular episodes, such as John Carpenter’s Halloween influencing Season 2’s “The Life and Crimes of New Jack.” That’s helped them avoid falling into a typical biographical format for the series.

The two originally envisioned Dark Side as a dramatic, scripted series that would cover the territory days of professional wrestling that existed until the 1990s. Unfortunately, networks weren’t interested in such a series and that motivated them to show that these stories were viable with documentary-style storytelling.

“If you’re a fan of wrestling and know another fan of wrestling, it’s like you’re in on this universe, this secret,” Eisener said. “But to people outside of it and they don’t know it, you’re trying to tell them ‘This is why wrestling is the greatest artform on the planet,’ but it goes over their head. So for Evan and I, this show is our way to sit down with our loved ones and other people and show them ‘This is why wrestling is so important.'”

Do Eisener and Husney envision any of the Dark Side episodes being adapted into feature films after making 30 episodes of this docuseries? They have options available for those opportunities, though don’t yet want to reveal which stories could be made into a movie.

“For us, where this is all building as filmmakers, the only way to take Dark Side to the next level is to take one of these stories that’s captivated us to the big screen,” said Husney. “That’s the evolution, that’s the next step. That’s what we originally set out to do.”

Dark Side of the Ring, Season 3, premieres Thursday, May 6 at 9 p.m. ET on VICE TV. The first two seasons are available to stream on Hulu.