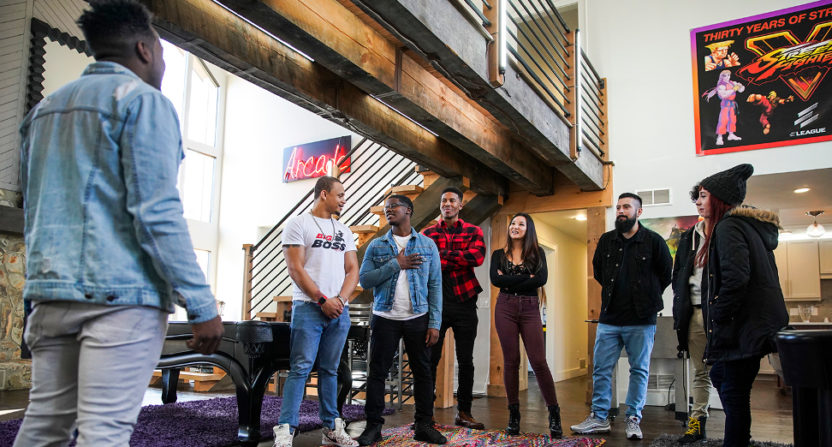 There’s been a significant growth in sports reality series over the years, from the UFC’s Ultimate Fighter through Ball In The Family, and Turner’s ELEAGUE (co-owned with IMG) is now getting into that mix with their first esports reality series. The company announced Thursday that they’ll be debuting a new series titled ELEAGUE The Challenger: Street Fighter V on TBS Friday, April 20 at 11 p.m. ET/PT, with further weekly episodes airing in Fridays to follow. Oh, and the winner earns an entry into ELEAGUE’s upcoming Street Fighter V Invitational 2018, which starts June 1 and carries $250,000 in total prize pool money. Here’s more information from Turner’s release:

ELEAGUE, Turner and IMG’s premium esports content and live tournament brand, will make its initial foray into reality television with the launch of ELEAGUE The Challenger: Street Fighter® V, Friday, April 20, at 11 p.m. ET/PT on TBS. The five-part series will feature an entertaining clash of personalities, as cameras follow seven contestants in an Atlanta-area house while they face off in Capcom’s classic fighting game Street Fighter® V: Arcade Edition.

The series will also take viewers along with the participants as they experience the greater Atlanta area through unique “Challenge” activities and strive to earn a spot among the world’s top Street Fighter V: Arcade Edition stars in ELEAGUE’s upcoming Street Fighter V Invitational 2018 (more information available here). The last person in contention at the end of the show will earn a berth to compete for a $250,000 prize pool at the upcoming Invitational.

The show will then continue weekly with new episodes airing each Friday at 11 p.m. ET/PT on TBS. The series was created and produced in partnership with Executive Producers Eli Holzman, Aaron Saidman and Tony Yates of The International Property Corporation.

It’s interesting to see ELEAGUE and TBS dive into the realm of reality shows, and that’s perhaps another step in esports coverage becoming more like the coverage of more traditional sports. We’ve already seen ELEAGUE take some steps into feature series programming, and this is maybe the next move along that front. And it’s notable that they’ll have personalities like Scott and Lyon involved as well; bringing in established personalities has worked out well for things like the UFC’s reality shows.

Moreover, as Scott previously told AA, games like Street Fighter V can be a good way to draw in newer viewers, as they’re easy to follow with the one-on-one matchups and the similarities to the fighting games many have previously played. So there’s potential here. We’ll see how it turns out, but this certainly might be worth a look for those interested in esports, or just for those interested in watching more off-the-radar competitors battle to earn their way in to a tournament with Street Fighter V Invitational 2018 a significant prize. And if this goes well, we may see more esports reality shows down the road.