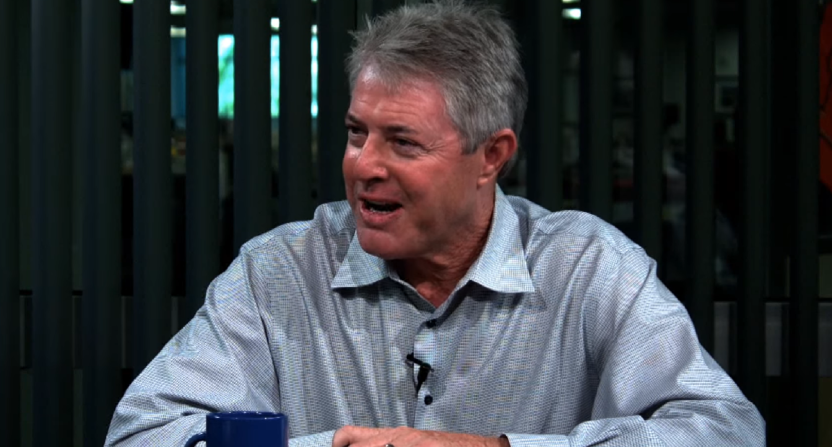 Lye, in a weird, misguided attempt to compliment the current state of women’s professional golf, mentioned that he’d rather shoot himself than watch the WNBA.

“You know, the LPGA Tour to me is a completely different tour than it was ten years ago…you couldn’t pay me to watch. I couldn’t relate, at all. It’s kind of like if you’re a basketball player, and I’m not trashing anybody. Please, don’t take it the wrong way. But I saw some highlights of ladies basketball. Man. Is there a gun in the house? I’ll shoot myself (rather than) watch that. You know I love watching the men’s basketball, I love watching the men’s golf, I never used to like watching ladies golf.”

Lye took to Twitter on Sunday to suggest he’d lost his job after the comments, choosing a predictable tactic for someone in his position: outright denial of reality.

The fact that I can’t relate to WNBA does not make me sexist in any way. All you haters should listen to the whole segment, where I completely glorified womens golf, which I love to cover. Thanks for listening.

And some cancel culture blame as well. While making all sorts of other fun points:

If you listen to the very next words after the break…there they were. I apologize all the time, Im married…

According to GOLF.com, SiriusXM confirmed that Lye had been fired over the weekend.

In an email to GOLF.com, a SiriusXM spokesperson confirmed that Lye, 69, “will no longer be hosting.”

Reached on Sunday by GOLF.com, Lye said, “I was terminated about comments made about the WNBA, which I apologized for starting the next segment.”

Lye, who spent the day on Twitter doing things like telling women in golf who didn’t like his comments to “get a life“, among other things, has clearly made himself a martyr, accusing things of being taken out of context or misrepresented, and his subsequent apology ignored. To be clear: yes, Lye was actually trying to say something nice about the LPGA. The twisted nature of his praise, though, where he could only think to frame it by criticizing other women as a sort of sexist counterweight is what got him into trouble here, and clearly his employer didn’t think he was worth that trouble.

No on-air apology was going to save him from that, and the fact that he’s reacted to people (especially women) he offended in such a combative and dismissive way in the aftermath speaks volumes.

View all posts by Jay Rigdon