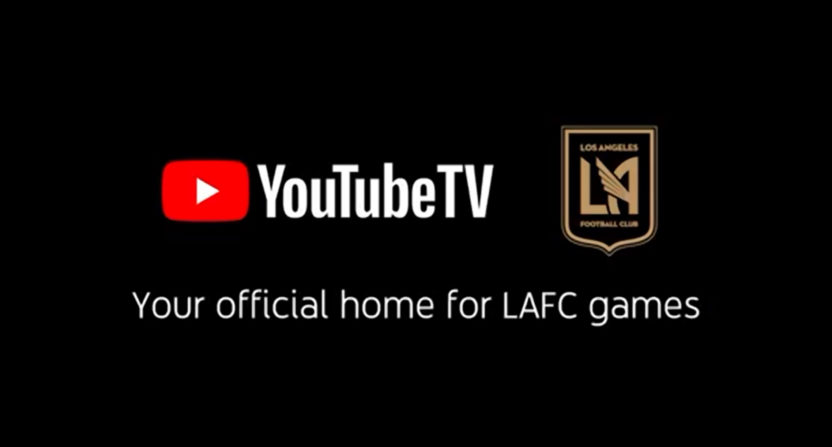 In a first for a professional sports team in the Untied States, streaming service YouTube TV has obtained the exclusive English language rights for LAFC, the new MLS team in Los Angeles. Variety reports that this is the first time that a streaming service has signed a deal to gain the exclusive media rights over a TV network. The financial terms were not disclosed.

The team has yet to sign a deal for Spanish language rights, which will likely remain on television.

Other MLS teams have signed individual deals with regional sports networks, but this deal circumvents both Fox Sports and Spectrum, the two major RSNs in Southern California. Variety says YouTube TV will stream the games exclusively to the Los Angeles market.

Approximately 18 LAFC games will be exclusive to their own YouTube TV channel, which will be restricted to its subscribers in the Los Angeles market. YouTube TV subs will not have to pay an additional fee for access to the games beyond the $35 per month they already spend on the base package.

While all LAFC games for the upcoming season will be available live on YouTube TV, about half of them are nationally televised games, the rights to which have been purchased by ESPN or Fox Sports 1. Both of those channels are already carried by YouTube TV.

The games will be produced by YouTube TV in a partnership with both MLS and LAFC, and pregame and post-game shows will also be provided to susbscribers.

YouTube TV began last year by providing 50 TV networks including the broadcast networks and various pay TV channels, but this is the first time that it bid on a sports property exclusively.

Just a month ago, John Ourand of the Sports Business Journal predicted that YouTube would make a big splash in the sports market, and named LAFC as a possible beneficiary. However, this deal between LAFC and YouTube is more comprehensive than Ourand imagined.

My dude @Ourand_SBJ made the following prediction in December: "2018 is the year YouTube will start to make serious inroads, especially with local rights. Think, for example, of a Los Angeles YouTube channel that holds the digital rights to LAFC, the Clippers and the Dodgers." https://t.co/TFOCfTJEnM

As an expansion team in a huge market (with another MLS team already established in said market), LAFC was in a unique position with their local rights. It remains to be seen whether this will be an outlier or the start of a new trend, but it’s certainly a bold move.