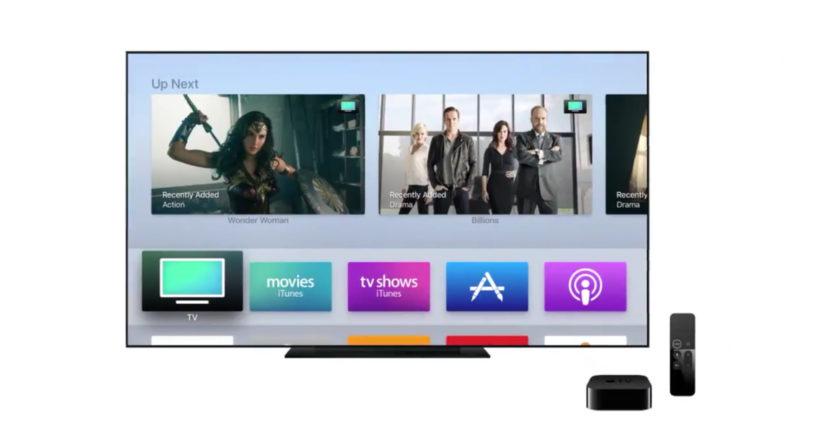 If you’re about to upgrade your HD TV to 4K, one way to enjoy ultra high definition is to get Apple TV 4K, which was released earlier this year. And if you’re ready to cut the cord and go with a streaming service, DirecTV Now is offering the set top device free, provided you pre-pay for four months.

This is valid for all of DirecTV’s four tiers of service. If you go with the “Live a Little” package for more than 60 channels, you can pay four months upfront at $35/month and get the Apple TV 4K. Other tiers include “Just Right” with at least 80 channels, ”Go Big” at 100 plus, and the “Gotta Have It” premier package at 120 channels.

DirecTV Now is also on the Apple TV 4K app so subscribers can watch a plethora of entertainment and sports channels. It just recently added regional sports networks MSG and MSG Plus for the New York market.

DirecTV Now has also been adding various CBS and Fox affiliates over the last month and half, increasing its offerings in local markets. Sports is one of the attractions that DirecTV Now has been leaning on ever since it launched last year. Like most streaming services, DirecTV Now doesn’t require a cable or satellite TV subscription and only needs is a wifi connection or a 4G or LTE connection on mobile devices.

The service hopes promotions like a free Apple TV 4K will make it stand out from its many competitors, including fuboTV, PlayStation Vue, Sling TV, and YouTube TV (which is delaying the launch of an Apple TV app).

The war among streaming services continues, and it’s not going to end any time soon.