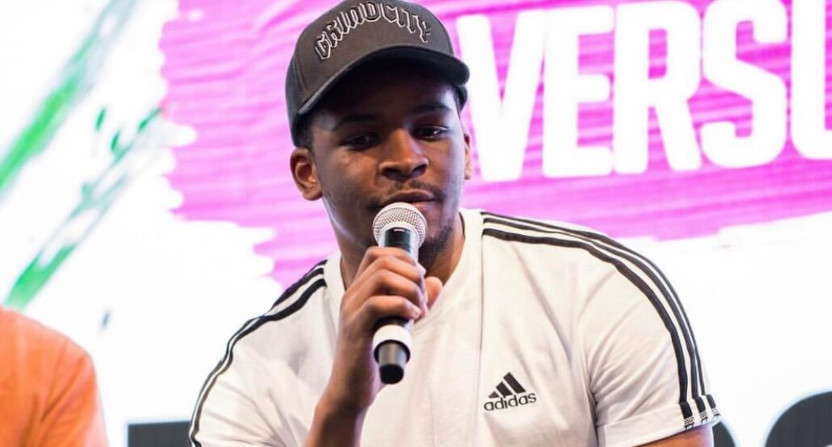 We’ve seen a lot of moves from Wave Sports + Entertainment focused on signing content creators in particular sports and emphasizing original content, something especially notable in their basketball and football coverage so far. Now, they’re taking a similar approach with soccer, signing creator “CultureCams” (seen above). Here’s more on that from an announcement they put out Wednesday:

Wave Sports + Entertainment, the leader in sports storytelling for the next generation, has signed an exclusive deal with CultureCams, one of the fastest rising voices on football Twitter, to lead coverage for FTBL, WSE’s flagship brand covering the biggest matches, best players, and stories that matter to football fans. FTBL is growing at a record pace as excitement builds for the 2022 World Cup.

Born a Manchester United fan, but with a passion for the game that supersedes just one football club, CultureCams blends his signature intimate commentary with his
insanely deep knowledge of global football. Never afraid to voice his opinion, he is known for brutally honest and funny takes on the players, coaches, teams, leagues,
and culture of football. CultureCams’ creator credentials include co-hosting “FIVE Formations” alongside former England and Manchester United great Rio Ferdinand;
co-hosting the highly-regarded instant reaction video podcast “StoppageTime TV”; and producing, creating, and hosting for GoalTV. He will be based out of WSE’s London
hub.

“If you’re a soccer fan, there isn’t a single English Premier League match day that goes by without multiple viral posts from CultureCams taking over your social feed,” said
Tunde (TD) St. Matthew-Daniel, Senior Vice President, Original Content, Wave Sports+ Entertainment. “With the World Cup later this year, CultureCams’s ability to mix insightful football commentary with relevant pop culture references, gives him unique crossover appeal for both UK and US soccer fans. He is an exciting new addition to our
WSE talent roster that keeps getting bigger and better.”

CultureCams said, “I’ve been a fan of FTBL for a long time now, so when I was asked to join the team, it was a quick and easy decision. WSE has the reach and resources to be
able to have a major impact on the footballing community, especially with its global audience of young fans. My advice to all football fans is to stay subscribed, lock in, and
let’s ride this journey together. We move!”

The announcement also notes that WSE has multiple future original shows planned with CultureCams, and that they’ll be doing social live Q+As with him Friday and Saturday. On Friday, he’ll do a Q+A on their Instagram channel at 2:30 p.m. Eastern, and one on their TikTok channel at 3 p.m. Eastern.

So far, FTBL’s content has featured a mix of what’s worked for WSE elsewhere, including on-site videos interacting with fans around big matches and relaying the atmosphere there. Here are a couple of those:

We’ll see what CultureCams brings to FTBL and to WSE overall.