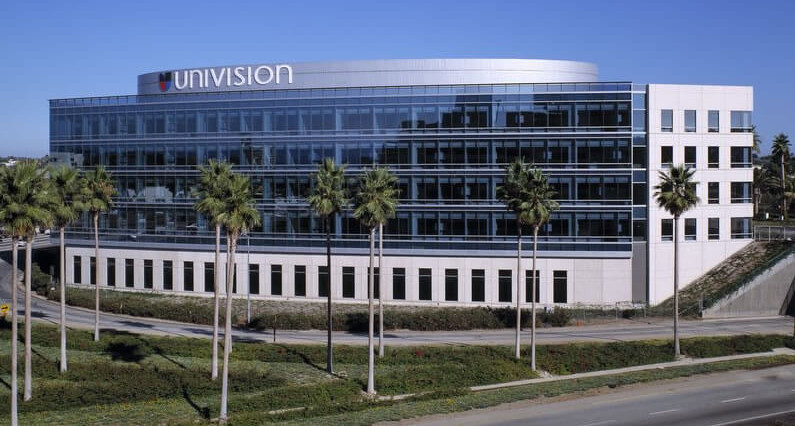 There’s been plenty of discussion about what’s next for Univision given their recent sale, but there’s at least one decent indication that their current focus on sports (and particularly soccer) will continue for at least the time being. Monday saw the company announce that they’ve struck a three-year extension to their Spanish-language UEFA Champions League deal (the previous deal was struck in 2017, took effect in 2018, and runs through the spring of 2021). Here’s more from their release:

Univision’s TUDN, the home of soccer in the U.S., today announced that it has extended its agreement with UEFA (Union of European Football Associations) to continue as the exclusive U.S. Spanish-language broadcast rights partner for the UEFA Champions League for another three seasons beginning in 2021. As part of the renewal, TUDN will continue to carry the UEFA Champions League, UEFA Europa League, and UEFA Super Cup contests, and has added UEFA properties in the UEFA Europa Conference League and UEFA Youth League to bolster a broadcast lineup that delivers more than 50% of all soccer viewership in the country regardless of language.

“We are excited to continue our partnership with the UEFA Champions League following a historic start for the property across the Univision portfolio of networks,” said Juan Carlos Rodriguez, president of Sports, Univision Communications Inc. “UEFA has strengthened our soccer profile and allowed us to bring the best fútbol in Europe to our fanáticos with the most-comprehensive coverage the league has ever-seen in the U.S. We have laid the foundation, and remain committed to delivering world-class coverage of the UEFA Champions League to our passionate fanbase for the next several years.”

TUDN’s unparalleled coverage of the UEFA Champions League brings fans every match from the season across Univision’s platforms, including more than 80 on linear networks Univision, UniMás, TUDN and Galavision, and additional contests available to subscribers of participating TV providers via TUDNxtra – accessible via the TUDN app, TUDN.TV and TV providers’ platforms. Subscribers can also access “Zona Fútbol,” a first of its kind whip-around program that brings viewers the best action from concurrent matches as it happens with exclusive analysis from TUDN’s soccer experts. Additionally, audio coverage of the UEFA Champions League matches is available on the TUDN Radio network and via the Uforia app.

TUDN is the rebranded Univision Deportes, built on an expanded partnership with Mexico’s Grupo Televisa, and its UEFA Champions League coverage has done quite well for it so far. As per their release, the 2018-19 Champions League season saw them deliver the most-watched season ever for that property in the U.S., regardless of language. And in the group stages in particular, they’ve recorded the top two and nine of the top 10 matches overall regardless of language. So this is an important property for them, and one that’s been working out for them so far. And it makes some sense that they want to retain it. We’ll see how that works out for them.