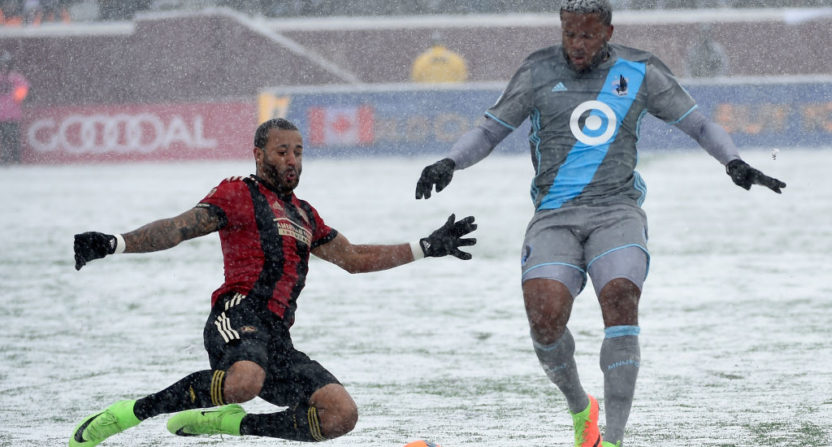 This week Sports Business Journal published a fascinating study about how sports audiences on television are getting older. The good news is that it’s happening at a slower rate versus primetime television, but it’s still at a faster rate versus the total population.

The data confirms a couple popular narratives about sports on television. The biggest headline might be just how young soccer’s average fan is compared to everybody else. MLS looks to be well-positioned for the future with their average fan just 40 years of age and the NBA right behind them at 42 years of age. This fits the general idea that both of those sports are supremely popular with younger fans.

At the other end of the spectrum, the conventional wisdom is that golf has the oldest audience in sports and that was proven correct with an average age of 64. Considering ratings have also gone down from the Tiger Woods era, it’s a bit concerning for the sport’s long-term prospects. Perhaps the biggest alarm bells might be going off for NASCAR, though, who have seen their average audience increase in age by almost a decade since 2006. That means the sport is failing to attract new, younger fans, which would explain why their ratings continue to suffer.

Here’s the entire chart where another interesting note is that the WTA was the only organization to see its audience skew younger.

Big cover story in @sbjsbd this week on the growing age of TV sports viewers this last decade. The money chart: pic.twitter.com/ZiQBpwW8w4

These facts and figures might not be surprises, but it’s only part of the overall television picture. Yes, the trends look much better for MLS than they do for NASCAR. But, let’s not forget that NASCAR’s overall audience is still very good compared to a lot of other sports. Last month’s Kansas race still drew 2.5 million viewers. MLS is often 10 times behind that in their ratings for regular season games and would give you a free expansion franchise if you could find a way for them to get that kind of viewership for any game.

One of the issues facing MLS that other leagues don’t face is the other competition from other leagues around the world all vying for the same eyeballs in America. When it’s just as easy to watch the EPL as it is MLS, and the EPL has better players, MLS is fighting an uphill battle.

One last fascinating note from the study is what’s happened to professional wrestling on television. Since 2000, the average age of pro wrestling fans has increased a whopping 26 years of age to 54. It’s raised 21 years of age in just the last 10 years. Professional wrestling was in a very different place in 2000 at the height of WWE’s Attitude Era and the competition with WCW going strong. It’s ironic because WWE switch to a more family friendly TV-PG product that had the hope of reaching children and younger fans. WWE has had their won struggles with television ratings falling in recent times and perhaps this is a sign that the company needs to change course soon or risk their audience going into extinction.

These age figures might not explain everything about sports on television, but they do provide some key evidence of trends taking place around the industry. And while it may not provide the entire picture about the total audience for these sports, it’s always better to be getting younger instead of older.