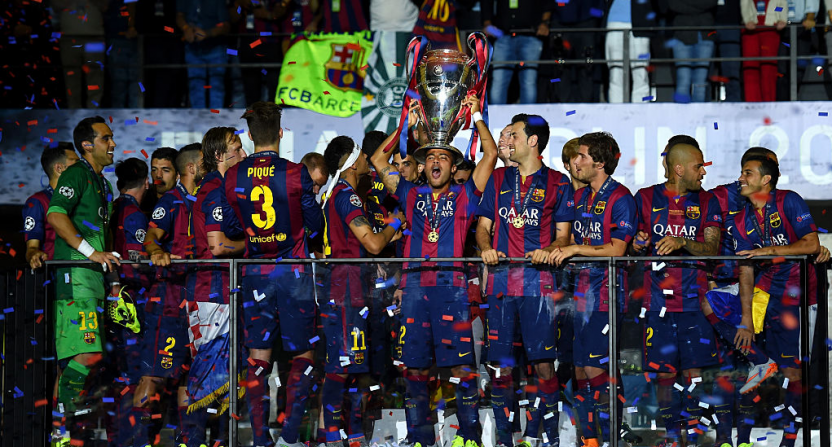 Police have taken action in the “Barcagate” scandal, leading to the arrest of former FC Barcelona president Josep Maria Bartomeu and a raid at Camp Nou.

This all stems from allegations that Bartomeu made corrupt payments to a firm that proceeded to make up social media accounts to smear players and rivals, all in a theoretical bid to boost Bartomeu’s popularity.

The Catalan regional police force, the Mossos d’Esquadra, also detained three people close to him during Monday’s operation: Óscar Grau, the chief executive officer of the club; Román Gómez Pontí, the head of its legal services; and Jaume Masferrer, the presidential consultant. The police are also searching the offices at Barcelona’s Camp Nou stadium in accordance with an order from the court that is investigating the former club chiefs for improper management.

This has been building for a while. If you’re wondering what the difference is between this and, say, the actions of former Sixers executive Bryan Colangelo (whose burner account led to his dismissal), it’s the nature of the payments to the firm in question. That’s where the corruption comes into play.

Barçagate dates back to February 2020, when the Cadena SER radio network discovered that the soccer club had hired an external company, I3 Ventures, ostensibly to improve the public image of its then-president, Josep Maria Bartomeu. I3 Ventures was associated with a series of accounts on social networks that were distributing messages smearing the club’s players, as well as opponents of the team’s directors and people within its orbit. The invoices that were paid to the company were split up into smaller amounts, allegedly to avoid them being controlled by the club’s administration.

That led to Bartomeu’s ouster, and it’s now led to his arrest and the arrests of others involved with the scheme. Meanwhile, the club sits five points back of Atletico Madrid in the La Liga table; if they don’t manage to pull back and take the title, it will be the first time since 2008 that Barcelona has gone two straight seasons without winning La Liga.

Not a great time to be a part of the team, which is why Messi might actually finally leave this summer, after years of noise to that effect.