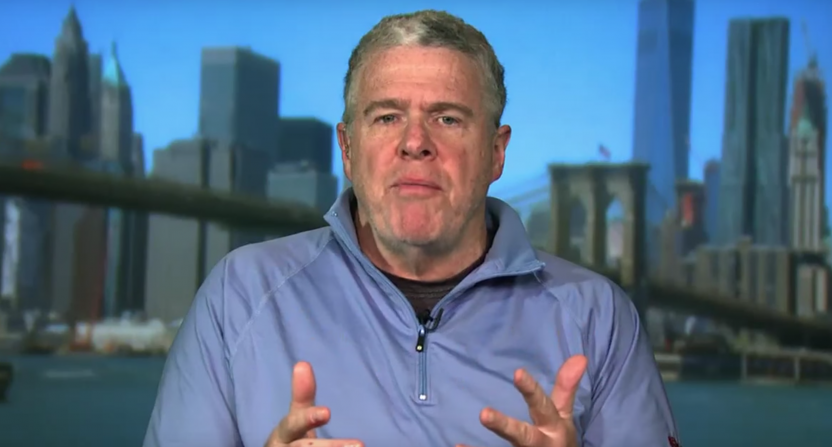 On Wednesday, Peter King appeared on a podcast with Richard Deitsch of The Athletic to discuss his jump to NBC after 29 years at Sports Illustrated, as well as other subjects. And although King’s explanation for his departure mostly mirrored what he had previously offered (he was tired of the NFL grind and wanted to give other, younger writers a chance), he did drop in one fresh and fascinating tidbit.

Midway through the conversation (around the 35-minute mark), King casually mentioned the fact that he once offered to resign from Sports Illustrated after an erroneous report during the Deflategate scandal. In January 2015, King somewhat famously confirmed a report from ESPN’s Chris Mortensen saying that the footballs the Patriots used to beat the Colts in the AFC Championship Game had been significantly under-inflated. The report proved inaccurate and King soon apologized.

The subject came up this week when Deitsch asked King about the perception that he was too cozy with the league he covers. King rejected that premise but said he understands why people feel that way given that the two biggest reporting errors of his career both favored the NFL.

If I were a person looking at me, I would say you’ve done two things that were really wrong and that they both have been in favor of the NFL. And I would understand that. I got a significant fact in the Ray Rice case wrong when he visited the league office and had his hearing, and then I got a significant fact wrong when I confirmed Chris Mortensen’s story about the footballs being more than two pounds under pressure. In both cases I admitted it. In one case, the Patriots’ case, I offered my resignation to [Sports Illustrated editor] Chris Stone, and they said no. But I would have resigned. Because that is something you cannot get wrong. I got it wrong. I deserve all the criticism for that that comes by way.

The fact that King was willing to resign over his mistake might not assuage Patriots fans, many of whom will go to their graves screaming about the injustice of Deflategate, but it does demonstrate some pretty real (excessive?) contrition.

“When I think of my career at SI, those are two things I’m ashamed of,” King added. “Because that can’t happen. You can’t get facts like that wrong.”

Ultimately, SI was never going to led King, a decorated writer who drives traffic as much as anyone in the industry, walk away over one bad report. If every journalist who had ever blown a story walked away, newsrooms across America would be even emptier than they are now. But hey, it was nice of him to offer.