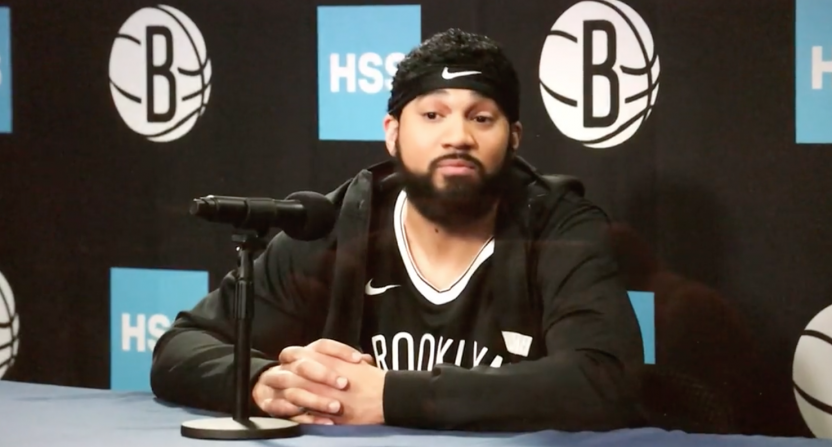 It was probably only a matter of time before Desus and Mero poked fun again at one of their favorite targets, NBA star Kyrie Irving. Now that Irving plays for the Brooklyn Nets, near the comedy duo’s beloved Bronx (though not as close as if he played for the New York Knicks), the volatile guard is in closer range as a target.

On Sunday night’s Desus & Mero on Showtime, the two unveiled a sketch that skewered Irving, his difficult relationship with the media, and some of his infamous beliefs and conspiracy theories such as the Earth being flat and whether or not dinosaurs actually existed.

So what if Irving not only held a press conference with local media, but also shared his thoughts on the COVID-19 vaccine? That’s where Desus and Mero went in the following sketch. Oh, and they saved a little something for Irving’s teammate, James Harden, as well.

(Just so you know, there’s a little bit of profanity so this one might not be safe for work. If you’re working in an office these days.)

“I have some questions about the vaccine,” said Irving (played by The Kid Mero). “As you should. But you don’t because you’re a peon. You’re not as intelligent as me.”

“I did a lot of research and I’ve discovered that the vaccine is delivered via syringe, which is not even spherical in shape. So how can you ‘roll out’ something that’s not a ball?”

That… is a point. Maybe one worth contemplating with some edibles. 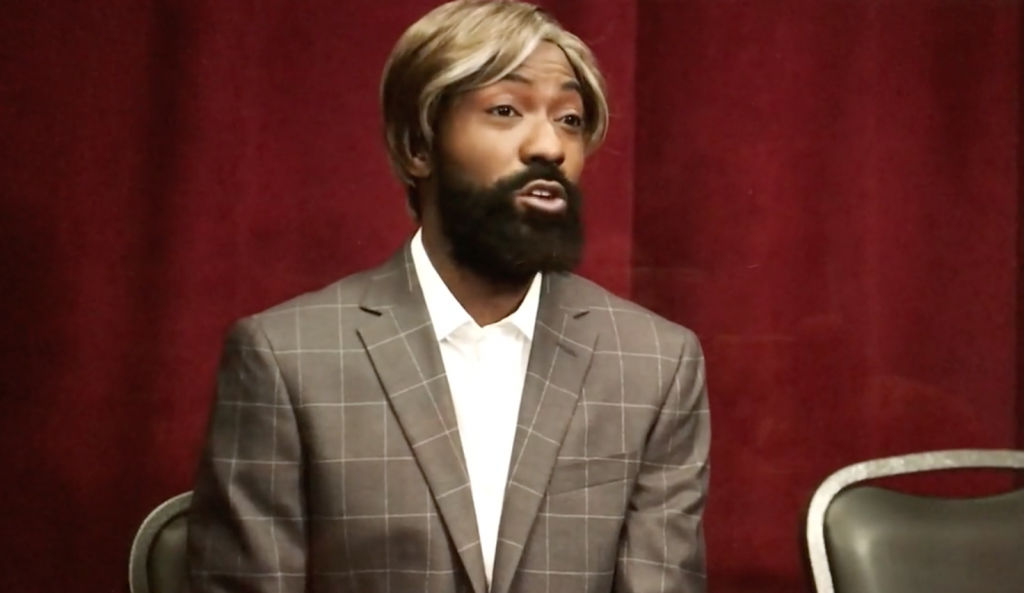 NetsDaily also got a nice shout-out in the sketch, though it wasn’t exactly a flattering portrayal. Is there some history between Desus and Mero and the SB Nation Nets site or one of its writers (maybe “Net Income“)?

(But really, couldn’t the Bodega Boys have come up with a better joke name than “Haywood Jahblowme”? That’s Bart Simpson stuff, man. Maybe that was the intention, along with that blonde wig.)

Mentioning NetsDaily could be viewed as a compliment, though. How many Brooklyn Nets sites are there online? There’s Nothin’ But Nets, The Brooklyn Game, and Nets Wire. And maybe we’ll see more devoted to the NBA’s newest superteam, especially if they follow through on expectations and compete for an NBA championship.

But clearly, for whatever reason, NetsDaily gained notice from the Desus & Mero writers.

And though it’s not included in the official clip from the show, there was one more bonus segment with Kyrie Irving and the media, in which he was asked about teammate Kevin Durant.