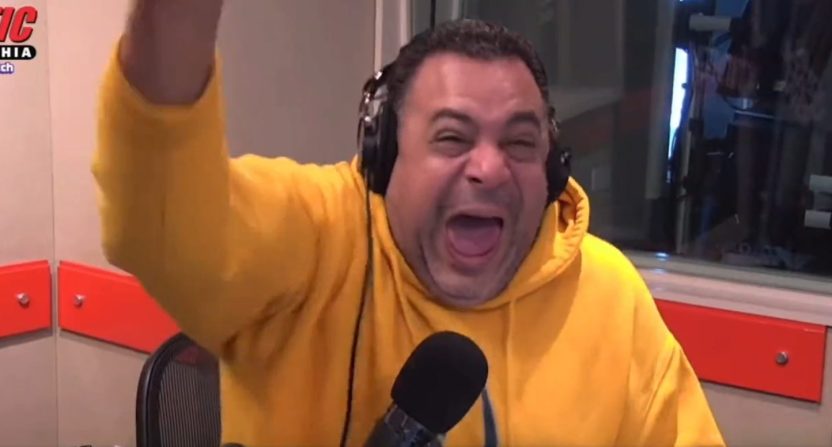 The Philadelphia Phillies and Eagles are thriving, and surely, you didn’t expect local sports radio hosts to approach that recent success with cautious optimism.

After the Phillies knocked off the reigning World Series champion Atlanta Braves to reach the NLCS, and the Eagles beat the Dallas Cowboys to continue their undefeated start to the 2022 NFL season, there has been pandemonium in Philadelphia. And there is no better way to capture that pandemonium than by listening to crazed fanatics on local sports talk radio.

One of those crazed fanatics, Anthony Gargano, happens to be a long-time Philadelphia sports radio host on 97.5 The Fanatic. And few radio hosts in the country offers their audience more shrieks, squeals and emotion than Gargano.

It’s not a mood. It’s a freaking VIBE today on @975Middays pic.twitter.com/Vi9QPBmgt2

“ONE OF THE GREATEST WEEKENDS IN PHILADELPHIA SPORTS HISTORY!” Gargano yelled before offering a “Mother Fathers!” to appease the FCC.

And if you think Gargano sounded crazed after Philadelphia enjoyed a monstrous sports weekend, just listen to what happens when the Phillies inevitably get their hearts broken later this month.